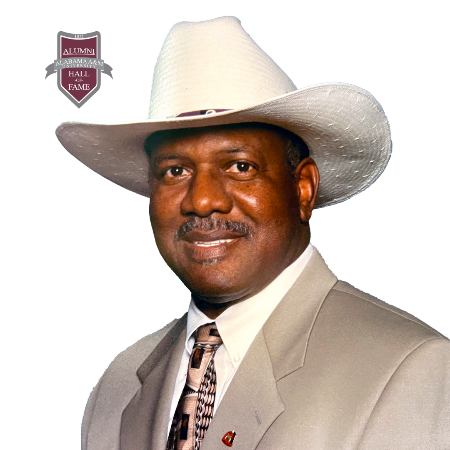 Thomasville, Alabama, is where he received both his elementary and secondary education. Though a tour in the U.S. Army required a break in his studies at Alabama A&M College during the 1960s, Andrew returned to The Hill and earned a Bachelor of Science Degree in Trade and Industrial Education. He later earned the Master of Science degree from his beloved AAMU as well. While he certainly credits AAMU for having prepared him professionally, it is at AAMU where he met and married Dorothy Thompson, a former Miss A&M and his wife of 50+ years.

Andrew worked in the Huntsville City Schools for more than thirty years. He served over seventy percent (22 years) of that time as The Chief Instructor of Brick Masonry at the Huntsville Center for Technology. His love for young people and teaching resulted in his serving as Assistant Principal and later as Principal of Lee High School in Huntsville, Alabama.

His civic involvement is widespread and includes serving as a Primary Advisor to the Vocational Industrial Clubs of America; Chairman of the Membership Committee of the Alabama Vocational Association, and three terms as President of the Brick Masonry Instructors’ Association of Alabama. In 2015, he was inducted into the National Brick Masonry’s Hall of Fame. He received this award in Myrtle Beach, South Carolina, during the annual conference.

His Masonic journey began in Thomasville, Alabama, in 1962. Today, Andrew is among the select group of 33° Masons. He was elevated to the Honorary Thirty Third Degree (Grand Inspector General) of the Ancient and Accepted Scottish Rite Freemasonry in October 1980, in Orlando, Florida.

His masonic growth alone reads like a Who’s Who among the most accomplished individuals nationally. In Huntsville, Andrew was elected as Worshipful Master of the Evening Star Lodge Number 6, appointed Grand District Deputy for Masonic District 17. The latter required operational and organizational oversight of all Masonic Lodges in North Alabama.
Other notable masonic achievements include service as Commander in Chief of the Tennessee Valley Consistory Number 160, the First Illustrious Potentate of Al Azhar Shrine Temple Number 195 (Huntsville) and Past Deputy of the Oasis of Huntsville, Desert of Alabama, Ancient Egyptian Arabic Order Nobles of the Mystic Shrine of North and South America and Jurisdictions, Incorporated.

In October 2018, while in Memphis, Tennessee, in recognition of his outstanding contributions to Prince Hall Scottish Rite Freemasonry, Andrew was coroneted a Sovereign Grand Inspector General and designated an Active Emeritus Member of the United Supreme Council, Ancient and Accepted Scottish Rite of Freemasonry, Prince Hall Affiliation, Southern Jurisdiction, United States of America. He also inspired scholarship donations to AAMU from the Masons that, to date, total more than $25,000.

His commitment to AAMU’s mission is profoundly evident through his many in-kind masonry projects over the years and his more recent service to AAMU First Lady Abbiegail Hugine’s Bulldog Pride Committee, where he served as Chaplain for ten years.
Andrew’s professional and in-kind masonry work can be seen throughout the campus, from the rock walls near Bibb Graves and the Student Center to the football practice area, the baseball dugout, and the Alumni Wall of Giving at the Alumni Center. His In-Kind projects have amassed an estimated value of $85,000 throughout the past 40 years.

Andrew James Fuller is a Deacon at Church Street Cumberland Presbyterian Church in America and a soloist in the Male Chorus.

His son Andy and daughter-in-law Cynarra, three grandchildren, and four great-grandchildren inspire Andrew to continue making a difference in his community and his beloved AAMU. Asineade Joli, his youngest grandchild, is a proud and current AAMU junior.

As God would have it, he is a living example to many.