Governor Kay Ivey was sworn in as the 54th Governor of the State of Alabama on April 10, 2017. She is the state’s second woman governor. The first was Lurleen Wallace, wife of former Alabama Governor George Wallace, who became governor in 1967.

Ivey is a state government veteran. She ran for governor in 2010 before switching and winning the race for Lieutenant Governor. She was re-elected in 2014. In 2002, Ivey became the first Republican elected State Treasurer since Reconstruction and was re-elected in 2006. In 1982, Ivey ran unsuccessfully for State Auditor as a Democrat before working for the state’s education commission for more than a decade.

Before entering public office, Ivey worked on her family’s cattle farm in Camden, Ala. She graduated from Auburn University in 1967 and worked as a high school teacher and bank officer after graduation. Ivey left banking to serve in the cabinet of then governor, Fob James.

After graduating from Tuskegee University with a degree in animal science in 1968 and a doctorate of veterinary medicine in 1969, Dr. Jerome B. Williams moved to Chicago and worked with the U.S. Department of Agriculture. He moved to Birmingham, Alabama, in 1975 and established the Red Mountain Animal Clinic, where he continues to practice today.

Dr. Williams has published extensively in several journals and other notable publications, including Alabama Veterinarian, Veterinary Practice News, Boule' Journal, as well as the University of Toronto Press, where he dealt with the "Failure to Acknowledge High Suicide Risk Among Veterinarians."

Dr. Williams is a national news reporter for VNN, the Veterinary News Network, and he holds a license to practice veterinary medicine in Alabama, Florida, Georgia, Illinois, and Louisiana.

Dr. Roderick D. Watts is a naturopathic doctor and a 1986 graduate of Tuskegee University with degrees in biology and chemistry. Dr. Watts is a Certified Natural Health Professional (CNHP). He also graduated from Trinity School of Natural Health and the Loomis Institute of Digestive Health in Madison, Wis. Dr. Watts has traveled extensively both domestically and internationally.

His memberships and affiliations are with The Etowah County Department Of Human Resources – Board Member; The Gadsden City Board of Education – Board Member; Kappa Alpha Psi Fraternity Inc.; Sigma Pi Phi Fraternity (The Boule’); Kappa Kappa Psi Honorary Band Fraternity; and The Aircraft Owners and Pilots Associations.

Watts is an author, a licensed pilot, inspirational speaker, and lecturer on numerous topics, with a concentration on health and wellness. He is married to Ms. Gloria Watts, and they have two children.

District 3, Secretary to the Board

Tiffany Johnson Cole is an attorney with the Law Offices of Robert Simms Thompson, PC in Tuskegee, Ala. She handles cases in the areas of automobile products liability, negligence, wrongful death, trucking litigation, fraud, and breach of contract. Tiffany made history when she became the first female to be appointed as Municipal Court Judge in the City of Tuskegee and the Town of Jackson’s Gap, Ala.

Tiffany received her Bachelor of Arts degree in Psychology from Spelman College and her Juris Doctorate from Cumberland School of Law at Samford University. She is licensed to practice law in Alabama and Georgia.

In her spare time, she enjoys traveling, reading, horseback riding, and shopping.

Kevin Ball is currently employed as the Director of Operations for Ball Healthcare Services. Ball is an experienced healthcare professional with proven project management abilities that have supported company growth and development. He has worked in the healthcare industry for over 20 years.

His civic service includes his membership within the Alabama Nursing Home Association, where he currently serves on the Executive Board and as a Regional Director. He recently has served as the Chair for both the Regional Advisory Board for the Alabama Institute for the Deaf and Blind (AIDB) and the Alabama Board of Examiners.

Ball completed his Master of Science degree from the University of North Texas in long-term care administration. His Bachelor of Science degree was obtained in business administration at Alabama A&M University. Ball is a founding member of the Western Area Economic Development Council for the City of Birmingham and is a sitting member of the University of Alabama Birmingham Healthcare Management Advisory Board. He also donates time to his community by coaching Little League football and baseball with multiple parks in the Birmingham area. He is a proud member of Omega Psi Phi Fraternity, Inc.

Dr. Scherrie Pickett is a native of Midway, Ala., and is currently employed with the Alabama State Department of Education. 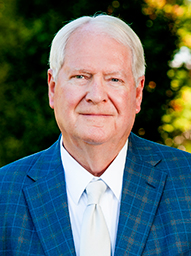 With over 33 years of experience in commercial real estate, Richard Crunkleton is originally from Louisville, Kentucky, where he studied civil engineering at the University of Kentucky.  He is also the founding member of Crunkleton: Commercial Real Estate Group.

A member of the Certified Commercial Real Estate Institute, The North Alabama Commercial Brokerage Association and a licensed broker in Alabama, Mississippi and Tennessee, Crunkleton traces his beginnings in commercial real estate to a period when he started buying value added properties, renovating them, adding tenants and then selling the properties for a profit.

An active member of the local Huntsville community since 2001, he serves as the chairman for both The Huntsville Museum of Art and the Mayor's Advisory Council for Cummings Research Park.

When he is not working or spending trends in the commercial real estate market, Crunkleton can most often be found on his small farm in Tennessee, woodworking, or spending time with his wife Nancy and his sons Michael and Wesley and their respective families.

As the youngest woman appointed to the prestigious 2010 FIFA World Cup Planning Committee, by the chairman of the African Union in 2006, Nichelle was instrumental in coordinating American involvement as well as providing logistical/IT expertise to the newly built stadiums for FIFA’s 2010 World Cup in South Africa.

Hackett’s career spans over 35 years of service to the City of Birmingham, the Housing Authority Birmingham District (HABD), and Alabama Power Company. By holding various positions within the companies, he was able to master many skills that include, but are not limited to, planning, streamlining, organizing, maintenance, construction, purchasing inventory management, warehousing, and administrative techniques.

The member of the Alpha Phi Chapter of Omega Psi Phi Fraternity, Inc., is a past president of the Alabama A&M University National Alumni Association. He and his wife of nearly 45 years, the former Lila Morgan, are the proud parents of four, grandparents of seven, and great-grandparents of five.

Ginger Harper serves as Senior Vice President, Private Banking & Retail Market Manager for First Horizon in Huntsville, Alabama. In her role, she is responsible for lending, investment strategies, trust and financial planning for the Huntsville market. With over 21 years of experience, Ginger focuses on providing comprehensive financial solutions and offers unparalleled service to high net worth clients as well as leading the Bank’s retail franchise in Huntsville. While her primary role is leading Private & Retail Banking, she also manages events and corporate sponsorships, serves as the Community Reinvestment Act liaison and works to ensure First Horizon has maximum visibility and exposure in the market.

Ginger graduated from Athens State University where she obtained a B.S. in Business Management. She is also a graduate of Leadership Connect Huntsville Class 7, Leadership Flagship Class 25 and the 2014 Alabama Leadership Initiative; obtained her series 6 & 63 licenses; and completed the Life and Health Insurance Exam.

Trustee Robinson is a native of Huntsville, Alabama, and holds a bachelor’s degree in mass media arts-public relations from Clark-Atlanta University, and a master’s of science degree in management from Florida Institute of Technology. He is a graduate of Leadership Huntsville Madison County Focus Class 5, Connect Class 3, and Leadership Flagship Class 27. He has also been certified in training and leadership development by Langevin Training Services in Ottawa, Canada.

Robinson's experience in human resources, public relations, strategic planning, and leadership development spans over 20 years. He has managed multiple leadership programs for the National Aeronautics and Space Administration (NASA). He currently serves in a leadership role for the Department of Defense in the area of and workforce and leader development.

Frank Williams is a native of Milwaukee, Wis. He currently resides in Madison, Ala. with his wife of two years, Mary. Frank is a devoted father of four wonderful children: Anastasia, Frank Jr, Jewlani, and Orlando.

After completing his academic endeavors, Mr. Williams joined the United States Army to serve his country. Following Mr. Williams’ Military career, he took a sales position at a car dealership. After three years of outstanding sales volume, he was given his first management position. Throughout his 28 years of automotive experience, Mr. Williams has always worked hard to exceed expectations.

Frank Williams’ philosophy has been branding the community and its people through partnerships, sponsorships and community involvement.

Dr. Jeanette Jones is a specialist in medical mycology who serves as professor of biology at Alabama A&M University. In addition to serving as president of the Faculty Senate, Jones is a thorough researcher, committed educator, and a resourceful leader/mentor. After earning the baccalaureate degree from Fort Valley State University (Ga.), she furthered her education by completing the requirements for master’s and doctoral degrees at The Ohio State University in botany and medical mycology.

Throughout a phenomenal career of teaching, research, and service, she immersed herself in the awareness and promotion of the field of biology/pre-med among African Americans nationally, having also served as director of the Center for Biomedical, Behavioral, and Environmental Health Research. As an educator, she diligently taught such diverse subjects as biology, mycology, medical mycology, and introduction to health careers. Her impressive career also includes service as a higher education administrator and a University trustee.

Finally, in her capacity as President of the Faculty Senate at Alabama A&M University, she demonstrates unwavering commitment to the success and professional development of the faculty, as well as serves as an integral force in the ongoing achievements of hundreds of students seeking entry into the STEM professions.

Austin is a native of Montgomery, Alabama, where he graduated from Brewbaker Tech Magnet High School and is a former YMCA Youth Mayor.  In addition to serving as the Executive Vice President of the Student Government Association, he is a senior civil engineering major.

He has also served as a force on AAMU’s award-winning, championship Men’s Tennis Team.  Austin is a proud member of Kappa Alpha Psi Fraternity, Inc.