Stephanie N. Allen, an alumna of Alabama A&M University and recipient of the Fulbright-Hays Seminars Abroad Grant, has taught in the Department of Social Sciences since 2005. Stephanie remains committed to preparing HBCU students to "show up and show out" in the community and in the workforce.  She finds continual inspiration in the words of Marcus Garvey (as paraphrased by Bob Marley), "Emancipate yourself from mental slavery, none but ourselves can free our minds."

She thrives on the energy of the classroom and enjoys exploring history with her students. Stephanie brings her effervescent personality to each lecture and entertains her students while teaching them the historical content and study skills necessary to be successful in their major courses. She sprinkles happiness like glitter and her students leave class inspired to make a difference in the lives of others. 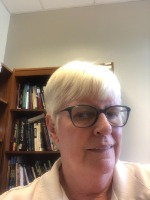 I grew up in the Northeast part of the country. My parents were from New Jersey. I spent many years in Gainesville, Florida and then Dunedin, Florida. I have worked in medicine, government, teaching, a botanical garden, and as co-owner of a print shop. My personal interests are politics, anything post-apocalyptic, and futurism. 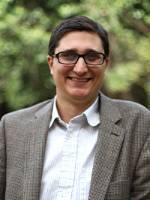 I am a philosopher who works primarily in epistemology and the philosophy of mind.  I am most interested in how our perceptual experiences succeed in justifying our beliefs about the world. I obtained my Ph.D. in philosophy from the University of California Santa Barbara in 2015. I then spent six years teaching philosophy at the University of Alabama before joining Alabama A&M in 2021.  My work has appeared in the following peer-reviewed journals: Philosophical Studies, Erkenntnis, and Dialectica. 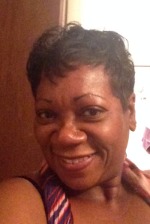 I worked for North Alabama Center for Educational Excellence (NACEE) for 18 years, Redstone Arsenal for 4.5 years and Alabama A&M University for the last 8 years. 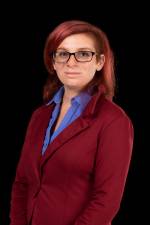 Dr. Esquivel-King was born in Los Angeles and raised in the Detroit metro region of the state of Michigan. She earned her B.A. from the University of Michigan and her M.A. from New York University. She completed her PhD in history at the Ohio State University. Her interests are Latin American and Latinx history. She focused her doctoral research on Mexican film censorship history and it’s relationship to socio political issues of the Mexican Revolution. She currently resides in Huntsville with her loving husband and pets. 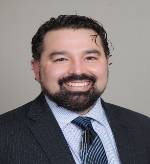 Dr. Halverson is an assistant professor of history at Alabama A & M University. He earned his Bachelor of Arts degree at the University of Wisconsin-Oshkosh in History, a Master of Arts degree from the University of Wisconsin-Milwaukee in History, and a doctorate in U.S. History from Mississippi State University. He specializes in Early American History in the Atlantic World and has published several articles in peer-reviewed journals. Some of his most recent articles have appeared in the journals Early American Studies: An Interdisciplinary Journal, Huntsville Historical Review, and Intelligence and National Security. Halverson has presented scholarly papers at a number of regional and national conferences. He has a strong passion for teaching and teaches a wide range of classes at Alabama A & M University, including undergraduate and graduate courses. In his free time, he enjoys the outdoors, hunting, fishing, biking, ice skating, listening to music, reading, and spending time with his friends and family. 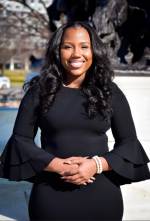 Dr. Emerald Jones, a Charlotte, North Carolina native, is a recent graduate of Howard University focusing on the areas of criminology and social inequality. She received her master's degree in Sociology from Fayetteville State University and a bachelor's degree in Psychology from Fayetteville State University. Her research - which focuses on mass incarceration, social inequality, racial discrimination, and occupational inequality - explores how race and gender play a major role in the judicial system. 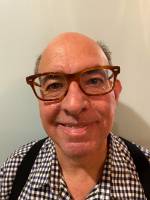 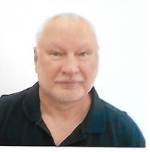 Served as an officer in the US Navy JAG Corps from 1984-1988 with experience defending and prosecuting service members under the UCMJ; Served as a Special Agent with the US Drug Enforcement Administration from 1988-2012 with extensive enforcement experience domestically and overseas to include three deployments to Afghanistan 2005-2007, Retired in 2012; Assistant Professor at Western Illinois University, LEJA Program, 2012-2016; Moved to Huntsville area in 2016. 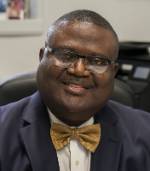 Michael E. Orok, serves as the Interim Chair of the Department of Social Sciences. Orok previously served as a tenured professor of Political Science and Dean of the School of Humanities and Social Sciences at Virginia Union University in Richmond, Virginia. He also previously served as the Dean of the School of Graduate Studies and Research at Tennessee State University. Additionally, he served for six years as the Associate Provost for Academic Affairs and Graduate Studies at Alabama A &M University (AAMU). He is a seasoned public administration practitioner, academician and higher education administrator with more than 28 years of experience in the field. Dr. Orok served for several years as a tenured professor and Chairperson of the Department of History and Political Science at Albany State University in Albany, GA., and Special Assistant to the Vice President for Academic Affairs on Accreditation matters. Moreover, he has served as an accreditation liaison for over ten years and periodically served as an accreditation off-site visit reviewer for the Southern Association of Colleges and Schools, Commission on Colleges (SACS/ COC). He is a former Vice President of the Council of Historically Black Graduate Schools (CHBGS), and a 2005 graduate of the Millennium Leadership Institute of the American Association of State Colleges and Universities. He is also a graduate of the Center for Strategic Leadership.

Born and raised in Pasadena, CA. I have worked at Alabama A&M University since 1984. In addition to teaching, I also host and produce a jazz show for WJAB 90.9FM, which has aired locally for over 30 years. The show has been nationally syndicated for the last eight years by the African American Public Radio Consortium and NPR. I am also a freelance writer who has published articles on politics and music in local, regional, national, and international publications.

Michael is a retired Certified Law Enforcement Executive with over thirty years law enforcement experience. He served with the Huntsville Police Department as a Recruiter, Polygraph Examiner, Community Relations Officer and Shift Supervisor. Michael is a former Director of Public Safety/Chief of Police at Alabama A&M University and former Chief of Police for The Town of Triana Police Department. He is a member of the Alabama State Bar and has been practicing law since 2002; he concentrates his law practice in the areas of; Criminal, Family and Probate Law. Michael joined the faculty of Alabama A&M University in August 2015. 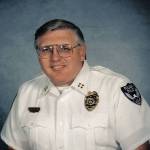 Dr. Whitman began his military career in 1974, serving in the United States Navy. He served as an Aviation Electronics Technician, Air Crewman, and Aviation Maintenance Officer. He served 22 years in the Naval Reserve until transferring to the Air Force where he served as an Intelligence Officer and Squadron Commander. Dr. Whitman joined the Oakland Police Department, Oakland, California, in 1982. During his tenure with the Oakland Police Department, he served as a Field Training Officer (F.T.O), Detective Sergeant, In-Service-Training Sergeant, Communications Sergeant, Hazardous Material Investigator, Arson Investigator, Watch Commander, Robbery and Felony Assault Commander and Jail Commander. He received specialized training in Hazardous Material, Electronic Surveillance from the Department of Justice, Arson Investigation, and FBI Post Blast Investigation.