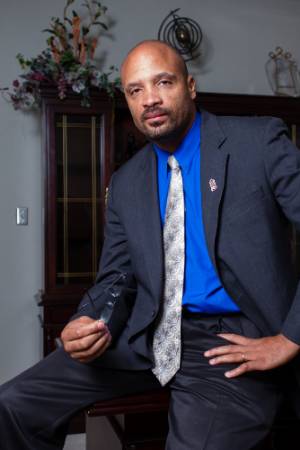 Chance Glenn received his Bachelor’s of Science degree in Electrical Engineering from the University of Maryland at College Park. He then received his Master’s of Science degree and Doctor of Philosophy degree, both in Electrical Engineering, from The Johns Hopkins University Whiting School of Engineering. He began his engineering career at the Army Research Laboratory in Adelphi, Maryland where he designed microwave and radio frequency devices for a wide range of defense-related applications. There he also became involved in signal processing and the study of nonlinear dynamical systems. He began publishing, presenting, and submitting patent applications even before completing his undergraduate studies.

He then left the Army Research Lab and started Syncrodyne Systems Corporation with his partner and colleague, Dr. Scott Hayes. Syncrodyne Systems’ mission was to develop new commercial technologies using nonlinear dynamics as a foundation. They developed and patented the Syncrodyne Amplifier which is a highly efficient power amplifier for rf communications.

In 2003 Dr. Glenn joined the faculty at the Rochester Institute of Technology, where was a tenured professor in the College of Applied Science and Technology. In 2008 he became the Associate Dean of Graduate Studies. He was the founding director of the William G. McGowan Center for Telecommunications, Innovation and Collaborative Research, leading faculty, staff, graduate students, and undergraduate students, in order to develop new ideas in communications and signal processing. He is also founding editor of the Journal of Applied Science, Engineering and Technology. Dr. Glenn is well-published, giving talks nationally and internationally, and have several patents awarded and pending surrounding his work. Dr. Glenn is also an avid singer and songwriter, having written and published over one hundred songs, recorded two albums, and having a song nominated for a Grammy award in 2000.

In August of 2012 Dr. Glenn became the Dean of the College of Engineering, Technology, and Physical Sciences at the Alabama A&M University in Huntsville, Alabama. He is leading the college through its expansion to prepare students and researchers to meet the global needs of the 21st century. He is working with the faculty to develop new programs in engineering and applied science, as Ph.D programs. He is leading efforts to collaborate with industry and other academic institutions around the world to grow research in materials science, image and signal processing, alternative energy, and other areas of major global significance. Dr. Glenn is also the host of the podcast, Intelligent Conversations produced by Morningbird Media. The show, available via web and on iTunes, focuses on science, technology, engineering and mathematics. It is a forum that those who care about education can discuss the deep and important things that affect society.

Dr. Glenn is married to Marsha Glenn and they have four children, Michael, Chance, Rebecca, and Morgen.