The Origination, Value, and Sustainability of STEM Day: Founder's Vision: 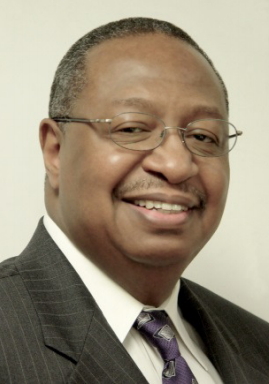 Before there was a STEM Day at Alabama A&M University (AAMU), I had attended numerous science and science education meetings, , one of which was called Dynamic Days that considered chaos theory and differential equations. Moreover, I had worked previously at another institution, which at that time hosted an Annual Science Program. As an undergraduate student, I had worked at Argonne National Laboratory as a summer intern and later presented my first science talk at the Southeastern Section Meeting of the American Physical Society, while being a new graduate student. These experiences were all fulfilling, which further caused me to realize the significance of conducting research and sharing it with other individuals. In addition, I had previously organized science programs, and had taken students to government laboratories and to many science and engineering conferences. Although there can be no certainty of how or why it occurred, I believe that during the Fall Semester of 2006, somewhere between thinking about attending the Dynamic Days meetings, of presenting talks and posters at regional and national conferences, of taking students to meetings and government laboratories, of participating in previous Annual Science Programs, and of mentoring students at AAMU, the thought arose in my mind of the need for a yearly event at AAMU to be named “STEM Day.”

Initially, not only did I contemplate the thought but also knew I had to tell someone about it. Therefore, I requested a meeting with then Provost Beverly Edmond. In a few days after my request, I arrived at the Provost’s office and settled into a chair before the desk where she was seated. In order to buffer or assuage myself against a total rejection, I decided to offer two suggestions hoping that she would accept one, at least, and both if I were very lucky, and while not mentioning it earlier, I had been thinking also of how to deliver science content material better to students and how that process could be improved at AAMU. Thus, after exchanging pleasantries, I told Dr. Edmond that I had two ideas that I thought would benefit or be of value to the entire University. I stated that a need exists for a Center for Teaching and Learning to help early career and retooling faculty members to improve their teaching abilities, and secondly a need exists for an annual event called STEM Day to serve scholarly students and faculty members to illustrate the results of their research and individual studies. After a few other exchanges between us, and a brief moment in reflection, Dr. Edmond did not hesitate before replying that the two ideas were meritorious, so “let's make them happen.” Thereby, with that simple statement, the goal was achieved, resulting in no rejection of my suggestions but in two positive outcomes all completed with one effort.

I departed from the Provost’s office and returned to V. M. Chambers Hall knowing of her support to begin STEM Day and an educational center. The Center was established soon after my meeting with her, without my intervention, and near the end of Fall Semester 2006, I called the first STEM Day Organization Meeting; the meeting was held in the Physics Library with Dr. Edmond in attendance. Starting with that meeting, STEM Day had also begun, and all else about this organization since that time has been about its worth and sustainability.

STEM Day has now existed for many years! What a wonderful reality this is for the University to have some of its brightest students to conduct research and present their findings via posters to persons who have an interest in their work. Moreover, I am delighted to have participated in, have observed faculty members mentoring students in this manner, and have seen faculty and staff members taking leadership roles to make each STEM Day a success, all done with the support of the administration of the institution. Finally, it is each of you who will find the worth in STEM Day and help to sustain its existence at AAMU.