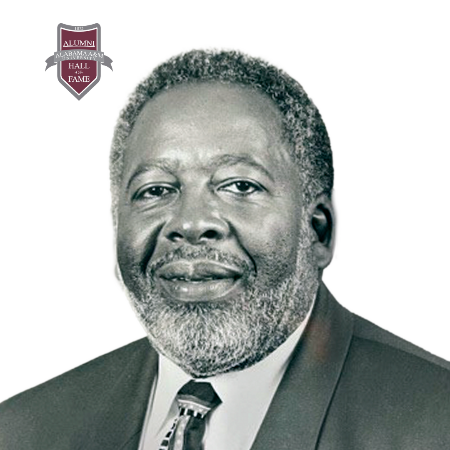 Born in Helena, Alabama in 1941, Freeman Holifield, Sr. is the son of the late Mr. and Mrs. Fred B. Holifield, Sr. He spent his formative years in Bessemer, Alabama surrounded by a loving family. In August 1959, after graduating from Dunbar High School (in Bessemer, Alabama),  he joined the United States Army and proudly served as an Administrative Specialist.  He also toured at  Fort Jackson, South Carolina; Fort Bliss, Texas; Korea Military Advisory Group (KMAG) Tague, Korea; Hartford/Bridgeport Air Defense Command, Connecticut and Fort Hamilton, New York.  Upon receiving his Honorable Discharge from the U.S. Army in 1962, he continued his education at Alabama A&M University from 1962 to 1966, obtaining his Bachelor of Science Degree in Secondary Education.  In 1972, he completed his master's in Education  Administration and Supervision. His career as policeman occurred as a fate of happenstance. The late Carl Bailey who was a classmate of  his and the late John Staten, discussed the idea of desegreating the Huntsville Police Department, which led to the hiring of the late Carl Bailey, the late Charles Huggins, the late John Christmas,  the late John Staten and Freeman Holifield in December 1963 and 1964.  Later, Officer Holifield was promoted to the position of  Traffic Officer in the  elite Traffic Division (a first) and a few months later, he became the first Black Motorcycle Officer.  One of his proudest memories as a  member of the Huntsville Police Department was to be a policeman on the day the of the passing of the 1965 Civil Rights Acts Bill.  He witnessed blacks and whites celebrating this historical day, by visiting local restaurants and clubs which caused confusion among white officers who were accustomed to enforcing the laws of segregation.  Officers were instructed to stop trying to enforce segregation and abide by the new Civil Rights Acts Bill that had been passed.

After leaving the Huntsville Police Department in 1966, Mr.  Holifield begin a new career with the United States Ordnance Missile & Munitions Center and School (USAOMMCS) at Redstone Arsenal, Alabama as an Electronics Instructor.  During his thirty three years of employment with the government, Mr. Holifield held numerous positions at USAOMMCS and the U.S. Army in the Republic of Germany (2 tours);  Training Instructor (Electronics)  USAOMMCS;  Education Services Officer, Rothwesten, Germany; Post Director of Education, Giessen, Germany; Post Director of Education, U.S. Army Military Community Kaiserslautern, Germany; Senior Evaluator at USAOMMCS; Director of Education, managing three education centers and a sub-center,  U.S. Army Military Community, Darmstadt  Germany; Chief of Internal Evaluation Division, USAOMMCS; Acting Director, Directorate of Evaluation and Standardization, USAOMMCS; and Chief of Staff and Faculty Development Division, USAOMMCS.  During his employment with the Army, Mr. Holifield was promoted the first African American supervisor (GM-13) as Chief of Internal Evaluation Division in the history of USAOMMS. He mentored and trained a cadre of talent under his leadership, from both the military ranks and civilian employees. Mr. Holifield retired as Chief of Staff and Faculty Development Division on September 30, 1998, which also was the first African American hold this position. Upon retirement he was presented the title of Supervisory Education/Instructional Systems Specialist (Emeritus).

Mr. Holifield has been affiliated with numerous organizations overseas and the United States throughout his career where he has been recognized for his job-related activities and volunteer work in the communities in which he lived.   Mr. Holifield and the late Charles Winslow were the Host and Co-Host of Talkfest Television Show on WAFF TV Channel 48 NBC Affiliate for fourteen years. Talkfest promoted community events, discussed the nature  of politics from a local, state and federal point of view; and presented  a multitude of  interesting guests with well-rounded views on the current topics of the day.  He is a Golden Life Member of the Alabama A&M University Alumni Association, Life Member of Ancient Egyptian Arabic Nobles of Mystic Shrine (AEANOMS), Honorary Past Imperial Potentate, Past Imperial Deputy of Desert Alabama, Past Imperial Deputy of Oasis Huntsville, Past Potentate Al Azhar Temple 195, Past President J.E. Harris 33rd Club,  Past President of Deep South Shriners of AL, MS, FL, TN, OK, TX, AK, MO, SC, LA and Korea, a member of Tennessee Valley Consistory #160, a member  of the Prince Hall Affiliated Free and Accepted Masons of Evening Star Lodge #6,  Past Basileus 3-times and Life member of  Omega Psi Phi Fraternity, Inc., a member Alabama A&M University Hall of Fame Football, President of Alabama A&M University, Athletic Community Resource Group, and Vice Chairman Solid Waste Board Authority in Huntsville, Alabama. He is also the recipient of the Presidential Citation,  representing the National Association for Equal Opportunity In Higher Education.