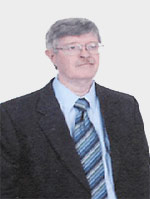 Dr. H. John Caulfield was the first eminent scholar at Alabama A&M University (1992-1997). Prior to that, he founded and directed the Center for Applied Optics at University of Alabama at Huntsville. Dr. Caulfield received his BA in Physics from Rice University in 1958, and received his PhD from Iowa State in 1962. Dr. Caulfield has won many international awards and prizes for his work including the SPIE Gold Medal (the highest award by the world’s largest optical society). Several newsstand journals have mentioned him as, “One of America’s 10 Top Scientists”-Business Week, and as, “One of the most influential people in the world in minicomputers”-Byte. Dr. Caulfield has written 13 books, 40 book chapters, 252 refereed journal papers, and numerous popular articles including the most popular of them all- the 1984 National Geographic cover story on holography which was read by more than 25 million people and 27 US patents; he is a fellow of SPIE, OSA, and NEI. 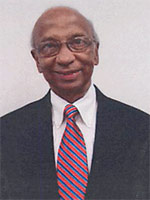 Dr. Ravindra B. Lal was the second eminent scholar at Alabama A&M University (1999-2007). Dr. Lal received his Bachelor’s, Master’s and Doctoral degrees in physics from the University if Agra (India). Dr. Lal’s career in USA stared as a NRC/NAS research associate at NASA/MSFC, a prestigious selection of outstanding researcher from all over the world. Dr. Lal joined Alabama A&M University in 1975 in the department of mathematics and physics. Dr. Lal has been one of the pioneers in performing crystal growth experiments in microgravity, aboard Spacelab-3 and the first International Microgravity Laboratory (IML-1) in the mid 80’s and early 90’s. He has secured millions of dollars of research funding from various federal agencies. Dr. Lal is the recipient of several major honors including NASA’s Public Service Achievement Award and two NASA awards for technology invention. Dr. Lal was selected as Fellow of SPIE and NASA Administrator’s Fellow. He authored or co-authored more than 100 journals of international repute. His work was appreciated by the scientific community and published in the highly prestigious journal “Nature”. Dr Lal also initiated “Annual Nobel Laureate Lecture Series” in 1997 in memory of a Physics professor Dr Putcha Venkateswarlu. Dr. Lal is continuing his services to the physics department as Professor Emeritus.

Back to Physics Department