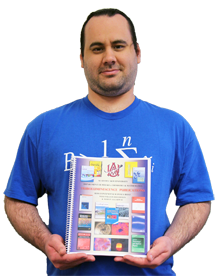 Ross Fontenot a graduate student at physics department has published nearly 20 articles in the area of triboluminescence (TL), a way of emitting light on impact that could offer wide-ranging applications in major research journals, including the notable Materials Today and Journal of Theoretical and Applied Physics. Read More​​ about Ross

Two students from the Alabama A&M University Department of Physics won first prizes in their categories at the Emerging Researchers National Conference (ERN) in Washington, D.C. February 25-27. Ashley Owens made an oral presentation on “The Muon G-2 Experiment,” while  Khyana Price prepared a poster presentation on “Pulsations of Neutron Stars.” The two are supported by the National Science Foundation (NSF) Math and Science Partnership (MSP) program “Alliance for Physics Excellence" (APEX), headed by the AAMU Department of Physics. 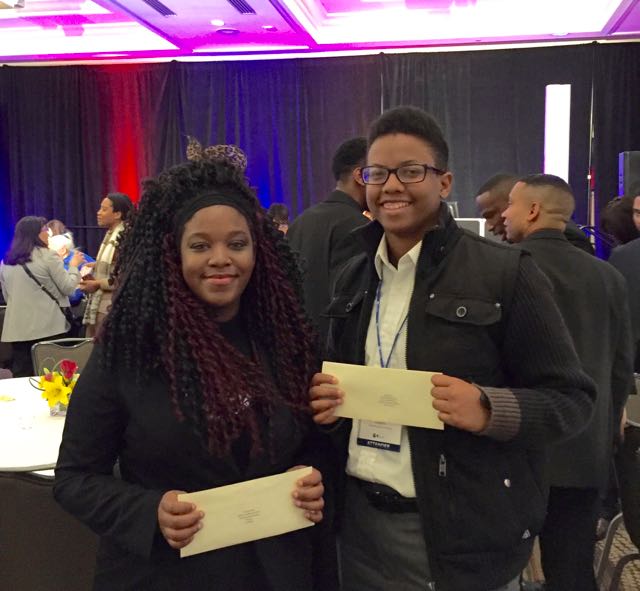 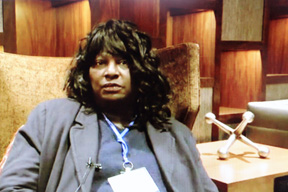 Marylyn Creer was the focus of a video, which was shown during a recent ERN conference to underscore the importance of mentoring to minority and women’s participation in STEM education. A nontraditional Alabama A&M University student praises the mentoring support she has received throughout her matriculation in the physics program.

Her words are captured as part of a powerful video by the Emerging Researchers Network of the American Association for the Advancement of Science (ERN/AAAS).“I am so excited about having been selected for this most honored and important opportunity and to bring focus on our school and students at large,” commented Creer in a response to AAMU physicist Mohan Aggarwal, chair.   She indicated to Aggarwal that she credited her success to the department and other programs along the way.

To view the video, visit https://vimeo.com/158561395.  The corresponding article can be accessed at http://www.aaas.org/news/mentoring-key-increasing-minority-and-women-s-participation-stem-education-researchers-say

Celeste McRae received an award for the best poster in the STEM Education category at the 93rd Annual Alabama Academy of Science meeting.  Physics graduate student Samuel Uba received an award at the Alabama NSF EPSCoR (Experimental Program to Stimulate Competitive Research) for the third position in the category of Graduate Student Poster, a competition entered by research universities across the state. 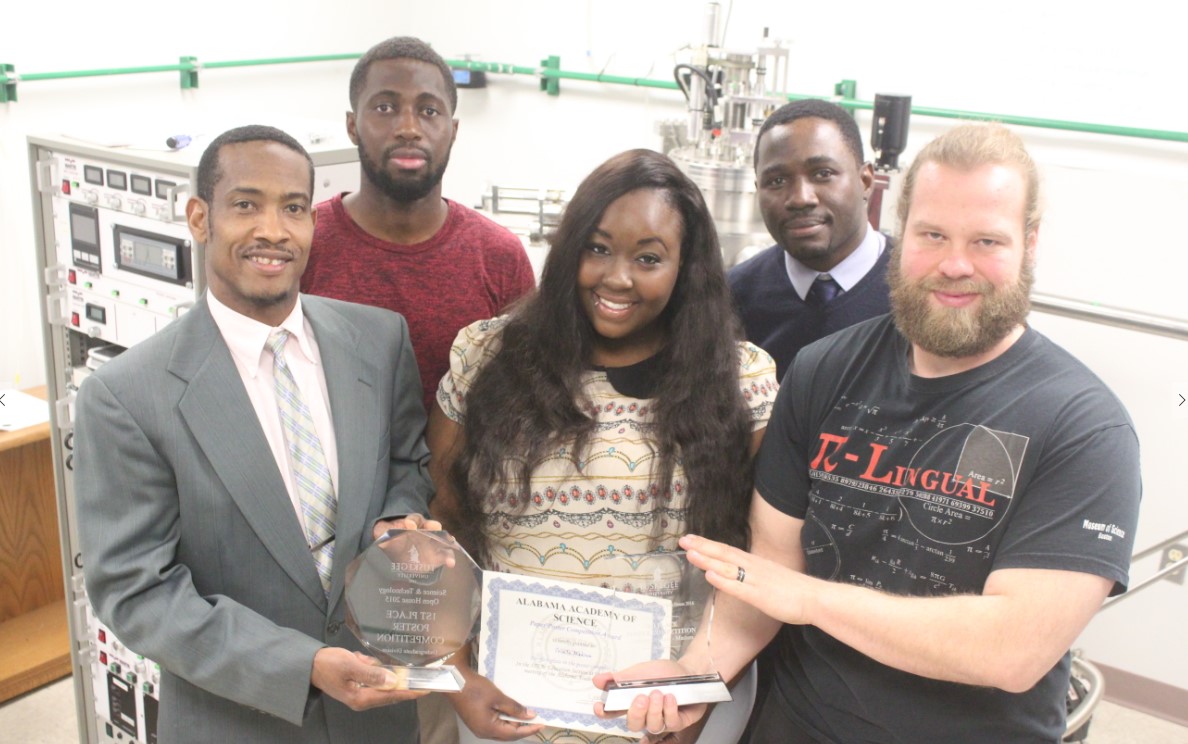 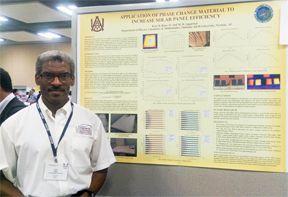 Rose presented on the "Application of Phase Change Material to Increase Solar Panel Efficiency" (with Physics Professor M.D. Aggarwal).  The research involved finding means to make solar panels more efficient by reducing the negative effects of too much heat on the power production process.