AAMU President Daniel K. Wims actively participated in a week-long effort, ably facilitated by the Office of Admissions and supporting Student Affairs units.  From its actual start with the  Saturday, February 26, scholarship breakfast for local students, the Tour dispensed nearly $16.3 million to 774 recipients at more than 100 of the state's high schools.

The week-long schedule of visits included the following regions and high schools: 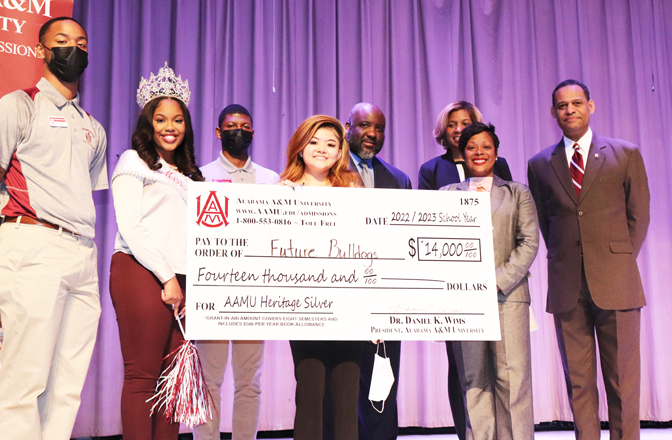 CAPTION:  (Above) The AAMU Bus Tour on its visit to the Anniston/Gadsden area.  The visit attracted alumni and trustees.