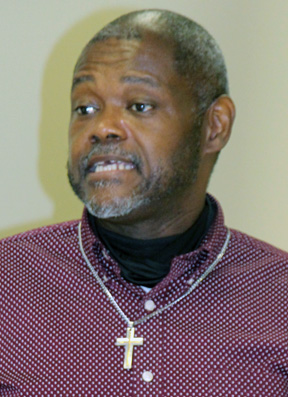 The Director’s Tenth Anniversary and Open House for Testing Services was held on site in the J.F. Drake Memorial Learning Resources Center on Tuesday, September 14.  PHOTOS

During the informal program, Alfonso Smith II, testing services director for Alabama A&M University, shared a brief history of the unit, its various locations and 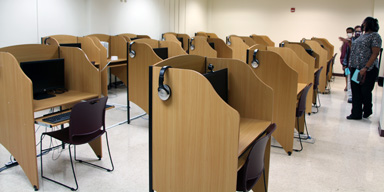 gradual growth.  In addition to serving as a repository for testing data for AAMU, Testing Services assists in university class placement and hosts a series of institutional and national exams.  National exams (e.g., ACT, LSAT, Praxis and TOEFL) are administered by Smith with the assistance of a graduate assistant and one through 10 proctors.

While Smith has served in Testing Services for a little over a decade, his affiliation with AAMU extends to his days as an A&M freshman in 1982.  The Birmingham, Ala., native later served with Aramark Food Service, AAMU’s TRiO Support Services as a coordinator, and then as director of Testing Services in 2009.