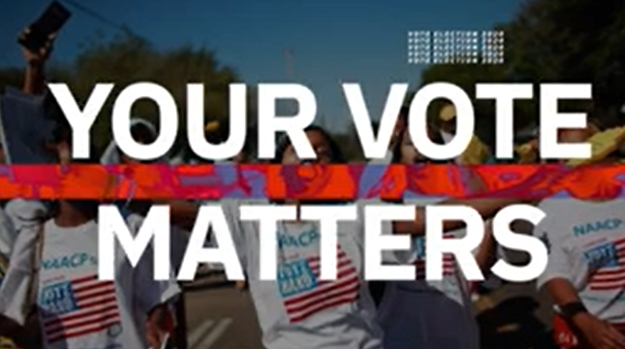 The Significance of Voting

Hosted by the AAMU and The Andrew Goodman Foundation (AGF), the National HBCU Voting Summit also aims to increase student access to the ballot box, working in partnership with the Fair Elections Center’s Campus Vote Project and Students Learn Students Vote (SLSV) Coalition.  The two-hour opening activity, which began online at 6 p.m.  September 10, marked the first time HBCUs from around the country were brought together to prepare students to vote in 2020 and in the future.

Dr. Hugine was joined by Summit hosts Monica Clarke, service and learning coordinator for AAMU’s Freshman Academy; Austin Smith, Andrew Goodman Vote Everywhere Team Leader, AAMU; and Amaya Rearden, Andrew Goodman Vote Everywhere Ambassador, AAMU.  The University’s role in the two-day project, which concludes Friday with a larger virtual session from 10 a.m.-3 p.m. (Central), can also be attributed to the ongoing work of AAMU’s Civic Engagement Task Force and its efforts to ensure that all students are registered and engaged to vote.

“We should vote because, in a democracy, it is voting that is the distinguishing characteristic that makes us different from any other country,” stated Dr. Hugine in his brief address to the Summit. “That is, the people have a way to logically, without violence, to express their will by voting and electing those persons that espouse their policies and views that they support.”

Hugine went on to thoroughly explain the often-dismal history of voting in America and its limited citizen participation by a “narrow subset of society,” along with the other institutional barriers leading up to the Voting Rights Act of 1965.  Even after that landmark act, there have been attempts to curtail voter participation as recently as 2013, Hugine said, adding that the U.S. has the lowest youth voter turnout rate in the world.

The Summit is funded by a grant through the SLSV Coalition and underwritten by Facebook. It is an extension of Foundation's commitment to supporting students of color and creating infrastructure to support HBCUs and their students. For more information, visit https://andrewgoodman.org/summit/national-hbcu-voting-summit/  To see the informative, eight-minute Hugine address on the importance and significance of voting, please click HERE.