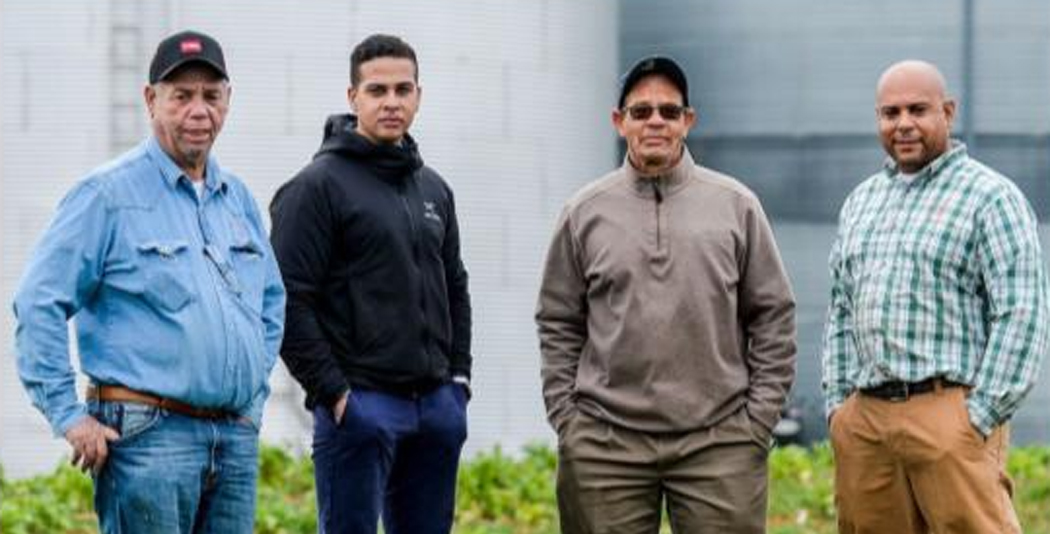 Now this is what we call sustainable sourcing! A Black-owned cotton farm becomes the supplier for Target’s Black History Month (BHM) shirts.

Bridgeforth Farms is a Black-owned farm located in Tanner, Alabama, that dates back to 1877. It all started when George Bridgeforth, Sr., who was formerly enslaved, began buying land in North Alabama following the Civil War. His goal was to establish a farm and to begin growing his family with his wife Jennie.

By the 1900s, the Bridgeforths had welcomed nine children, their first son George Ruffin Bridgeforth making history as the first Black student to attend Massachusetts Agricultural College in 1897 and their second son Isaac “Ike” Bridgeforth studying at the Tuskegee Institute. In 1902, the eldest Bridgeforth child had gone to study with Booker T. Washington and George Washington Carver at the Tuskegee Institute and by 1910, George Ruffin Bridgeforth was the largest Black landowner in Limestone County. He went on to found the Southern Small Farm Land Company, which served as the basis for Beulahland, a North Alabama farming community.

The Bridgeforth family continued to grow their land holdings and perfect their farming capabilities, up through the third and fourth generation of Bridgeforth farmers. By 1988, Darden Bridgeforth, son of Isaac Bridgeforth, and his 8 sons had made history as the largest cotton producers in the state of Alabama, boasting more than 4,000 acres of cotton, along with soybeans and corn. Darden eventually retired in 1990, passing away just six years later and leaving the farm duties to his sons.

Today, their sons run the farm, many of the Bridgeforth men returning home after pursuing careers in other major cities like New York and Washington, D.C. Now, the family-owned and operated farm is taking on a new task ... becoming a supplier for Target’s new collection of Black History Month shirts.  [The popular Billy Bridgeforth is a graduate of Alabama A&M University's Class of 1980.]

“Alright, so I showed you guys the small Black brands that are in Target for their Black History Month collection, but did you know there is also Black-owned cotton inside the shirts?” the user says.

She then proceeds to show the tag attached to each of the shirts that feature a picture of the Bridgeforth farmers, alongside a little blurb about the farm's rich history, legacy, and the amount of total fiber they’ve contributed to each shirt.

The family also took to social media to highlight their new partnership, writing, “We are so proud to announce our arrival at Target! It’s an honor for us to say that some of the BHM t-shirts have been made from cotton we raised. We’ve come a very long way to make this happen and we hope you enjoy it as much as we have during every step of the process!"

In an era where Black businesses matter, sustainable sourcing matters even more. Supporting Black businesses from conception to production all the way to completion is the only way to truly be an ally. We hope other businesses follow Target’s lead in creating space for true inclusion.

To learn more about Bridgeforth Farms, see below.