AAMU Student's Passion for "Getting Out the Vote" Will Continue 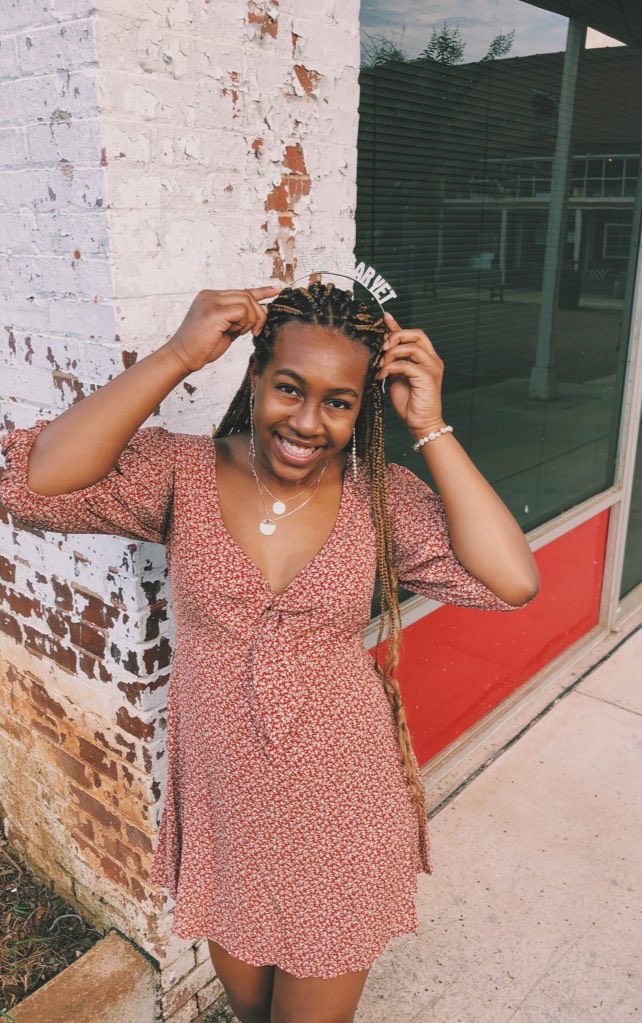 Among Those "Doing the Work"

Twenty-year-old Amaya Rearden is a communications media major from Dothan, Ala., who voted in September in her very first presidential election.

The year 2020 also marks an exciting period in time when the political science minor joined the rest of Alabama A&M University’s Civil Engagement Team, along with the Andrew Goodman Foundation, to help register literally hundreds of students through a series of voter registration drives.  Moreover, her get-out-the-vote enthusiasm was well accepted by several campus associations.

“As a part of one of my organizations, we actually were able to bag over 400 goodie bags for some of the first-year students in an effort to encourage them to vote on November 3,” noted Amaya.

Even on a smaller, more personal level, Amaya says she had her own “little pet project,” which she dubbed “Get Art the Vote.”  This initiative involved engaging campus creatives in boosting voter turnout.  She collaborated with fellow student Justin Lindberg to create collectible stickers for voters.

“We also performed several other activities, such as dorm raids, and Austin Smith, my fellow ambassador, helped to put together a ‘Get Out the Vote” concert at Louis Crews Stadium,” said Amaya.

Amaya readily admits that she is excited by all forms of civic engagement, but she has been especially “energized” when she witnesses the dedication of the people with whom she has worked during this recent election season.  But she has experienced a downside, too.

“I have been in situations where those I work with are not as dedicated to the work as I am, and that can be discouraging and draining,” said Amaya.  “I also see how much my fellow students believe in this work and believe in what we are doing that lets me know that what I am doing is worthwhile and making an impact. Seeing the increase in participation from students is encouraging, as well.”

Amaya says she is proud of “the level of civic engagement” she has seen from her peers during the fall semester; however, she would definitely like to see much more in the future.

“I don’t want to be the only one knocking on doors; I want to have somebody knocking on my door, telling me to vote, too,” Amaya says. “I have noticed, however, that when one student votes or advocates for something, they typically bring other students with them, and I think that will be good for organizing and creating more civically engaged students in the long run.”

When asked about some issues that could be improved, Amaya was equally candid.

“I’ve learned a lot about communicating with other students over the course of the semester,” she explained.  “I realized a lot of people are civically benighted, which isn’t their fault. Although voting should not be confusing, it is intended to be complex nonetheless.”

The tireless volunteer admitted that students who are concerned about grades, work, or athletics—among other things—likely are not as focused on voting or elections in the same way that she has been engaged.

“I hope over the next few semesters that I can help to fill in those gaps by improving student voter education,” said Amaya, adding, “Campus voting culture also needs improvement.”

She says A&M’s Civic Engagement Team has been phenomenal.  “Seeing the work that Dr. Tonya Perry, Ms. Erica ‘Fox’ Washington, Ms. Monica Clarke and Mrs. Theresa Wessels do is encouraging, especially seeing this is the type of work I would like to do post-grad. I’ve learned a lot about organizing and dedication from these women, and they have certainly taught me more than a thing or two about getting involved and being a woman who is doing the work.”