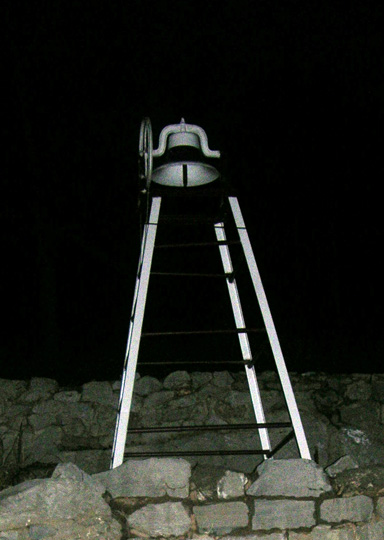 Old Bell Tower Could Get Revamped

As Alabama A&M University students and alumni push Alma Mater toward 400,000 votes in the annual Home Depot “Retool Your School” effort, the campus coordinator has shared this year’s project impetus.

According to Dr. Kyla Pitcher, any funds received from a successful “Retool” campaign will support a campus beautification project featuring the Bell Tower.

Erected in the 1890s, the Bell Tower traverses a spring that flows from a rock crevice. It is located on the right side of Walter Solomon Buchanan Hall (formerly Bibb Graves Hall), built later in 1929. For decades, the bell served as timekeeper for the campus. The school began in downtown Huntsville, Alabama, as a “normal school” for the training of African-American teachers. It moved to and expanded at its hillside location after receiving land-grant funding from the Second Morrill Act. Each ring of the bell was referred to as a “tap” and indicated what activity should be taking place at a designated time of the day. As years passed, and the university established a football team, the bell was painted in school colors and renamed the “Victory Bell” to announce school victories for away games.

Moreover, the Bell Tower is also a landmark fixture of a popular student gathering point at Alabama A&M University that is fondly referred to as “The Block.” Thus, because of its century-old familiarity and treasured history, AAMU will direct any funds from successful competition in the annual Retool Your School campaign into the restoration of the Bell Tower.

Restorative efforts will be extensive and expansive in keeping with the resources available. In addition to completely restoring the structure, plans call for the addition of a walkway for public accessibility, ample yet subdued lighting of the water basin area situated in front of the tower. This will permit visitation during extended hours. The basin will become a lighted wading pool, and professional expertise will be sought to insure adequate drainage. Pavers will be generously placed and contoured to add visual appeal to the area.

“The aesthetic appeal of a revitalized tower and landscaped sitting area would attract more visitors from both the campus and surrounding community,” noted Dr. Pitcher.  “A landmark stone that shares a brief narrative of the site’s historical significance would educate those who tour the area. Faculty, staff, students and alumni could also recapture some of the past traditions for the Bell Tower’s use while also establishing new traditions that build a greater sense of community, campus wide.”