“The Hill” stirs many emotions in many people. For some alums, recollections of life-altering experiences abound.  Others are narrowing their focus on the eventful college days of the early 1990s.  Because of their frequent visits into reverie, they now believe Alabama A&M University is an elixir to open, pour and share freely around the world.

Films seeking to capture that historically black college and university (HBCU) essence have been done before, and some more genuinely than others.  However, a circle of “kings”—made regal by the intensity of their passion to tell a tale in need of telling—strongly believes that the nearly 150-year-old story of The Hill has yet to be fully portrayed.  Thus, they have dared to boldly go where few have gone before—back in time.

While “All Kings” represents a 12-person group of AAMU loyalists, its mission is being ably managed by three key players.  That short list includes the dynamic, almost prophetic, Paul Graves, Jr., a business management and marketing graduate, from Atlanta, Ga., and Chicago native Khari Okang Embery, a secondary education Normalite now based in Tampa, Fla., who is a realtor and overall Renaissance Man.  It also includes Daphne, Ala., native Tim Duncan, a 1996 marketing and MBA alumnus who serves as logistics lead for the Department of Defense Missile Defense Agency.

A speech pathologist, Erika is a native of Gadsden, Ala., and is yet another dynamic A&M alum who brings immeasurable skills as a casting director and script supervisor.  In fact, she is the one largely responsible for ransacking haystacks to locate the golden needles that are now actors in the film.  Roommate to “MVP” and ex-girlfriend to Khari, Erika also is a proud member of Alpha Kappa Alpha Sorority, Inc., has her own YouTube series and seems an expert fit for the gaps left by other members of the group.   Lastly, Rodney Simpson, a Bulldog from Mobile, Ala., was brought on later, and he, in turn, engaged the talented director of the film project, Travis Christian of Indie Mind Films.

All Kings’ story of black unity and brotherhood has its genesis in the early 1990s in Walker Wood men’s residence hall on the AAMU campus.  It was the opening of the school year, almost like any other at any other institution.  The metamorphosis:  The freshmen’s chance encounter with a bug opened up a conversation that not only brought out their varied backgrounds but their unique perspectives and gifts, as well.

While Paul harmlessly endeavored to anoint the bug with a biblical name, Khari, a young, committed Muslim, interjected that doing so would be disparaging.  Before long, Khari was “dropping knowledge” like nobody’s business, explaining the intricacies of the Fruit of Islam, and helping to lay the foundation for a non-Greek group that would later identify itself as “The X.” 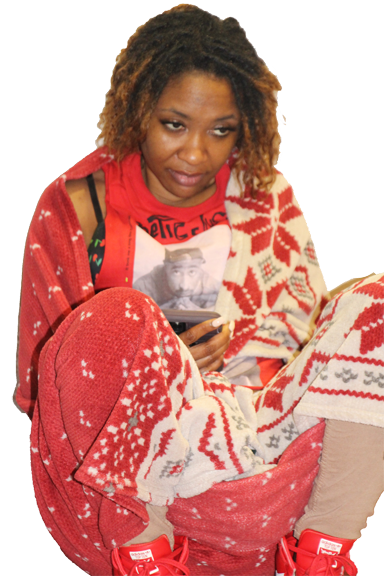 “All of us had normal lives before we even got to campus,” said Paul, “but we knew there was something special when we got together.”  That bond was sealed, he said, by their tenacity in dealing with the trying issues of the day, from burgeoning campus unrest in 1991 all the way through the national outrage following the acquittal of four police officers in the Rodney King trial a year later.  Paul, Khari and Tim later came to realize that their student years at A&M were just cogs in the long-running wheel of time.  That wheel had also enveloped passions stemming back to 1619, turning onward to the Orangeburg Massacre and assassination of Martin Luther King, Jr., in 1968, and forward to the murder of George Floyd in 2020.

“There have been events throughout time that have affected students everywhere,” explained Paul.  But as the trio reflected over their 30-year-old collegiate experience, the diversity and potency of the experiences became even more evident.  There were those occasions when their mistakenly unbridled activism allowed cooler heads to prevail, and when their combustible energy and their bountiful allure for young women would ultimately succumb to scholastic achievement and thirst for knowledge beyond the classroom.

As an active member of the Atlanta scene, Paul has seen how the city has lavishly placed some notoriety on HBCUs in the area. These schools still benefit profusely from a regional city with a mega airport that sends and receives powerbrokers from every corner of the globe.  He has also witnessed how some area HBCUs have been showcased on film.  Now, he believes it’s his alma mater’s turn.

In their self-appointed roles as time travelers to the 1990s, All Kings and the three members of the project’s innermost circle hope to highlight A&M’s community-based, family atmosphere.  It was a time when campus Walkman devices and MP3 players were pumping sounds from the King of Pop, Snoop, Puff, The Notorious B.I.G., Tupac Shakur, Janet Jackson, Mariah Carey, Seal, TLC, Coolio, and—of course— Whitney Houston, to name a few.

The idea for “The Normal Life”—a film that would expertly feature their special days on The Hill and the magical and transforming moments of the ‘90s—was born several years ago, but the concept began to fully blossom to the point of action by mid-May of 2021.

Indeed, fiery Paul—a second-generation alum and son of Atlanta minister Paul M. Graves, Sr.—has since the onset approached “The Normal Life” film project with a business-like precision and seriousness, no doubt gleaned from his father.  Paul also calls the film “a contemporary drama with a comedic approach,” adding that the work will delve inside the minds and hearts of a group of African-American, inner-city men on their journey through AAMU.

“The HBCU experience has a way of engaging, enticing and challenging the moral compass of these individuals,” explained Paul, “and it helps them begin the process of consciously defining social justice and seeking their own knowledge of self.” 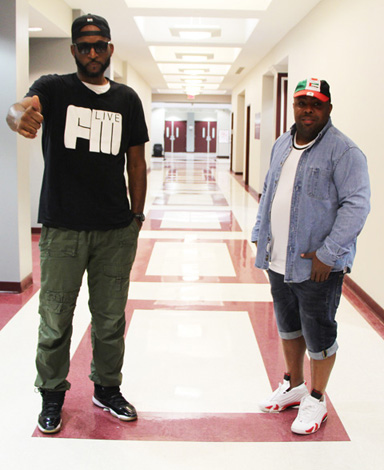 In homage with the larger black college experience, the members of All Kings appear especially enamored by the HBCU osmosis that occurs when men from respective sectors of the world meet on campus, are jostled by life’s ups and downs, and then exit with a unique brotherhood that transcends the tests of time.

Following much groundwork on the film, for several summer weekends in 2021, in fact, cast members, directed by Christian, blocked scenes throughout the Huntsville campus and then returned to Atlanta to piece together their visions before returning yet again with cameras and actors in tow.

Paul, Rodney and Christian are still meticulously scanning campus settings, carving out any elements that would betray their revered view of the ‘90s.  They have won the support of campus staff and police to make the project a reality.  Sometimes, gaining campus support for such a project in its early stages can be the hardest step, noted Paul, who added that even noted director Spike Lee had obstacles with his alma mater.

The alumni team have the actors run through their lines, over and over again, almost to the point that even bystanders can repeat them.  There are dorm scenes, administration building scenes, and a series of exterior sets.

The film coordinators also are thorough, productive and ever cognizant of time constraints.  However, by early August, there were still some interior shots needed.  These will require set-ups in the gym, cafeteria, library, perhaps band, and a few other campus spots, each requiring additional coordination, belief and support from everyday people on The Hill.

Between the key sites of Huntsville and Atlanta, approximately 25 actors are involved or have been involved in the film.  They were lured by casting calls conducted in both cities, along with appeals on social media.  Even the film’s promo is first-rate, and All Kings, as an entity, has accepted some support to make “The Normal Life” a quality film. 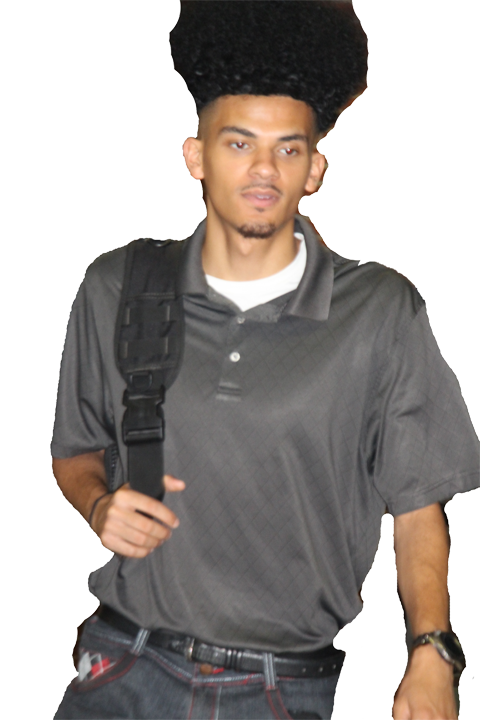 “A&M has a lot to offer and should be taken seriously on all fronts,” stated Rodney, who has been working in the entertainment business since graduating from AAMU in 1994.  He envisions the film as a tool that will serve as a bridge allowing A&M students additional inroads into the entertainment industry.

“We aren’t being represented in that arena at all, and it’s time to change that,” said Rodney.  “Support the film.  Let’s make it big!”

On another level, Paul believes the film will help connect the continuum of struggle, revolution and resolution.  Meanwhile, Tim, who admits that he always has been influenced by the wisdom of older men and women, sees the work as a means to restore pride.

“You see us as leaders,” he asserted.  “Regardless of the decisions, we hold true to them.”

“There’s a legacy aspect, too,” countered Khari, who coaxed his own son through A&M.  “It started with William Hooper Councill (A&M’s founder), who went from being a slave to having his own zip code.” Paul, Khari and Tim agree that, although they arrived at AAMU from “normal” backgrounds, because of their overwhelmingly impactful experiences, “It just wasn’t the same.”