It was an otherwise rainy weekday, but staffers from the City of Huntsville Transit Department decided to brave the weather to hear a presentation and demonstration at Alabama A&M University.  PHOTOS 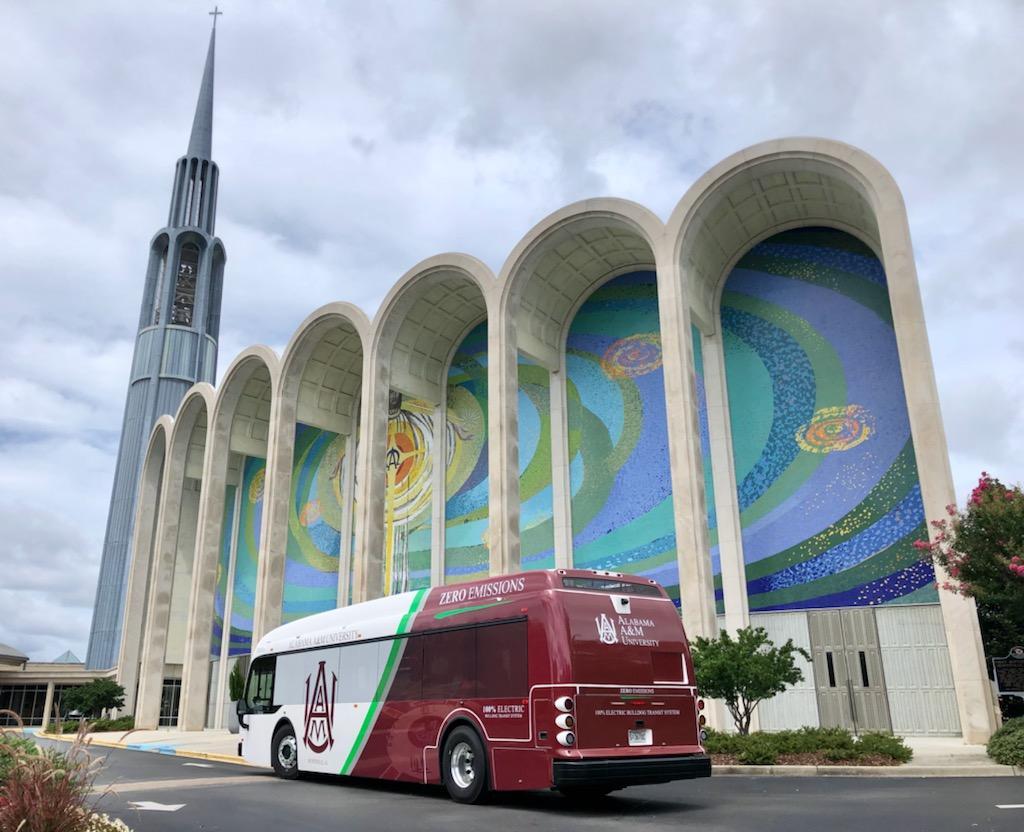 Marshall Chimwedzi, director of AAMU’s Bulldog Transit System, presented, during a 90-minute break in the rain, a point-by-point rundown on the University’s new fleet of electric buses.  A small group of about a dozen city transit staffers joined a small squad from AAMU.  The AAMU team included Chimwedzi, Interim Vice President for Business and Finance Lynda Batiste, a local architect and other BTS staffers and drivers.

City transit staffers had several questions about the buses, including their technology, benefits, limitations, costs, and needed infrastructure.  They also had several questions about the feasibility of using the zero-emission buses as the primary source for student transit on campus.  The combined group rode on an electric bus, stopping at the campus transit station before preceding to a vehicle washing station and the construction site for a charging station.

Additional presentations were made which included information about efforts to include solar panels as an additional energy source.  For additional information about the City of Huntsville transit department visit at AAMU, contact Chimwedzi, at (256) 372-4760 or e-mail marshall.chimwedzi@aamu.edu.