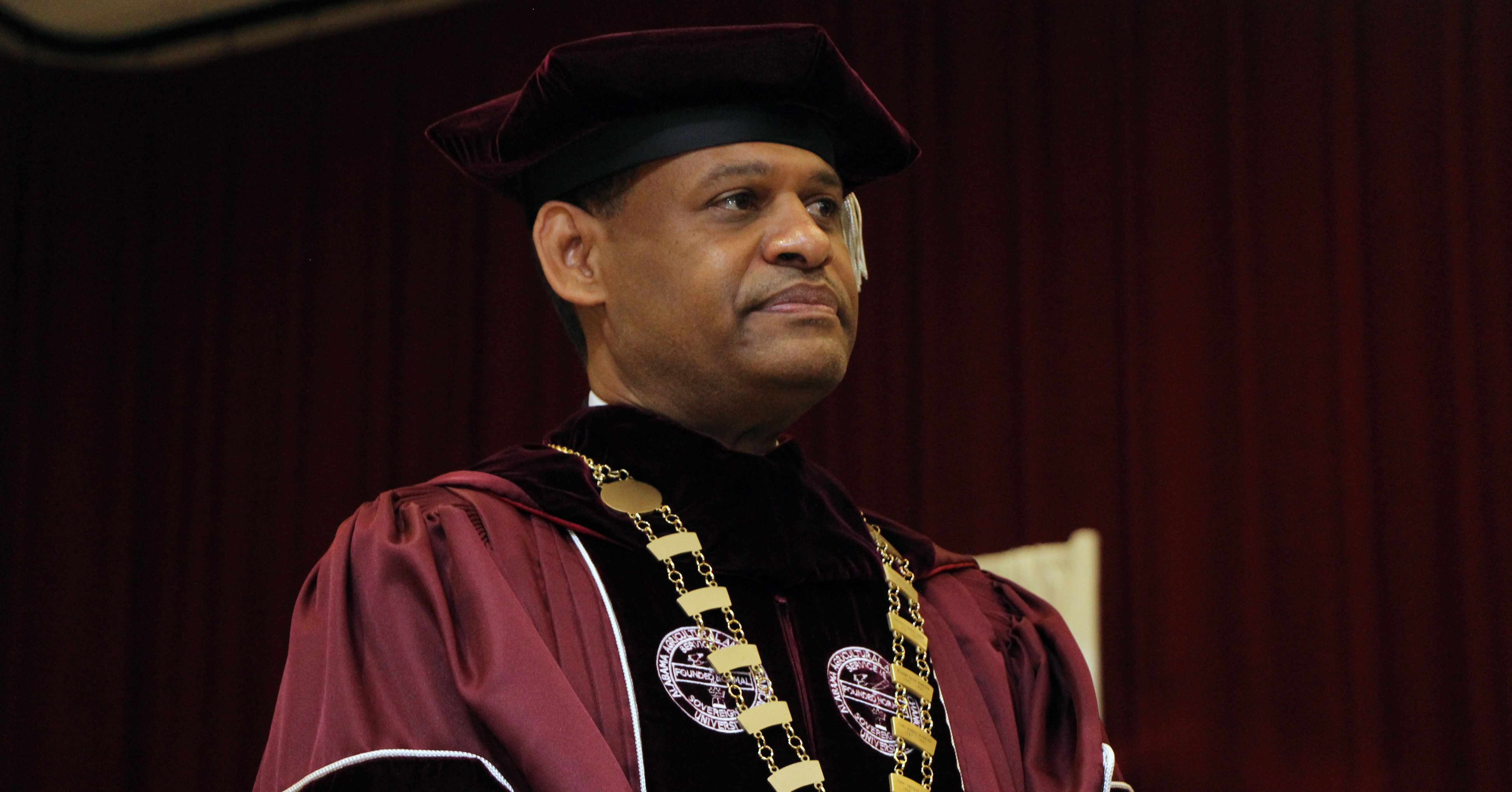 Huntsville, Ala. ---- For those who filled the seats of the T.M. Elmore Building on Friday, April 29, the investiture of Alabama A&M University’s 12th president was a very special day indeed.  PHOTOS (by J. Saintjones)

Students, faculty, staff, alumni, elected officials, business and religious leaders, mentors of AAMU President Daniel K. Wims--along with his many friends and supporters--were all on hand to bring well wishes for his successful administration at the helm of a nearly 150-year-old historically black university.

Wims told the audience that “words cannot express” his gratitude for what he called a special moment in the history of the institution.  He went on to thank chief influencers on his life, including AAMU Faculty Senate President and fellow Fort Valley State University graduate Jeanette Jones; several important mentors and, most of all, his parents.

Dr. Wims praised his parents for their continuous support and a type of steadfast security that allowed him to “take chances.”

President Wims then shared a series of institutional facts that prove that Alabama A&M University is a school of excellence in multifaceted ways.

The immediate future under his presidency will comprise, among other areas, visits to each of AAMU’s 40-plus alumni chapters; an expanded state-wide bus tour covering two weeks; initiatives focusing on sub-Saharan Africa and the Caribbean islands; increased “green” endeavors; tackling deferred maintenance; more on-campus housing; and boosting global initiatives.

“The best is yet to come,” Wims concluded.