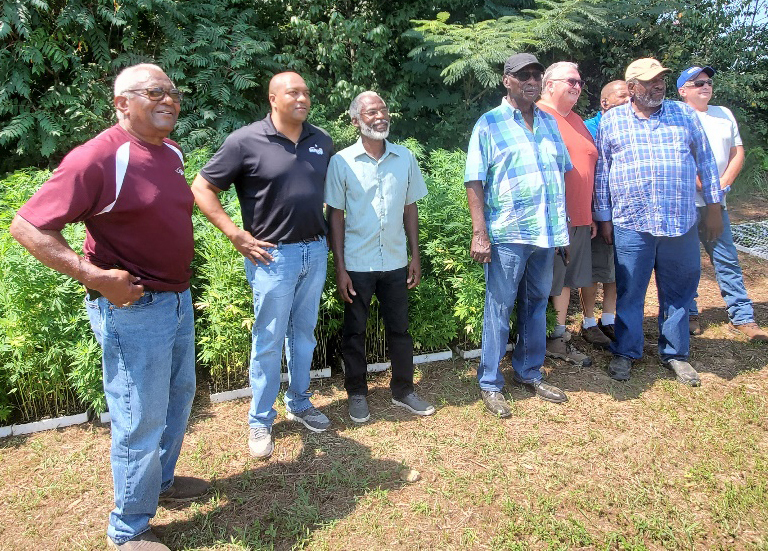 Alabama A&M University has been a major part of an initiative designed to foster ways for minorities to enter the Cannabis industry.  AAMU scientists worked in collaboration with Oregon State University’s Global Hemp Innovation Center (GHIC) and Phylos Bioscience to take on “Social Justice, Diversity and Inclusion” as it relates to the Cannabis enterprise.

At the heart of it all is the fact that “the human toll of the Drug War in the United States had its greatest impact on the minority communities, and the lasting consequences have created a class of marginalized citizens with few opportunities for upward mobility,” according to Dr. Ernst Cebert, responsible for plant breeding and genetics, as well as renewable energy, at AAMU’s Winfred Thomas Agricultural Research Station, located in Hazel Green, Alabama.

OSU and Phylos started a Cannabis Equity Program (CEP) to bring such communities into the industry. The two reached out to AAMU because of its work with minority farmers and the larger African American community within and beyond the Tennessee Valley.  Persons with a permit to participate in hemp production in their respective states were offered a chance to take part in CEP, as well.  Participating farmers in the initial Cannabis Equity Program for 2021 were Darius Jacobs, Damon Fierro, Roger Coleman, Thomas Burrell, Rolston Carryl, Jr., and Bill Bridgeforth.   PHOTOS

AAMU made arrangements with OSU and Phylos for the distribution of some 408,000 seeds to growers in Alabama and southern Tennessee.  The price of hemp seeds varied widely from $0.30 to $5 per seed.  The seed variety used permitted more plants per acre for maximum yield, and it had a shorter period to maturity, noted Cebert.

Nonetheless, several factors joined forces to account for less than desired outcomes during the first undertaking.  However, useful recommendations include earlier planting, requiring irrigation, improving seed quality for better germination, and the availability of different strains.