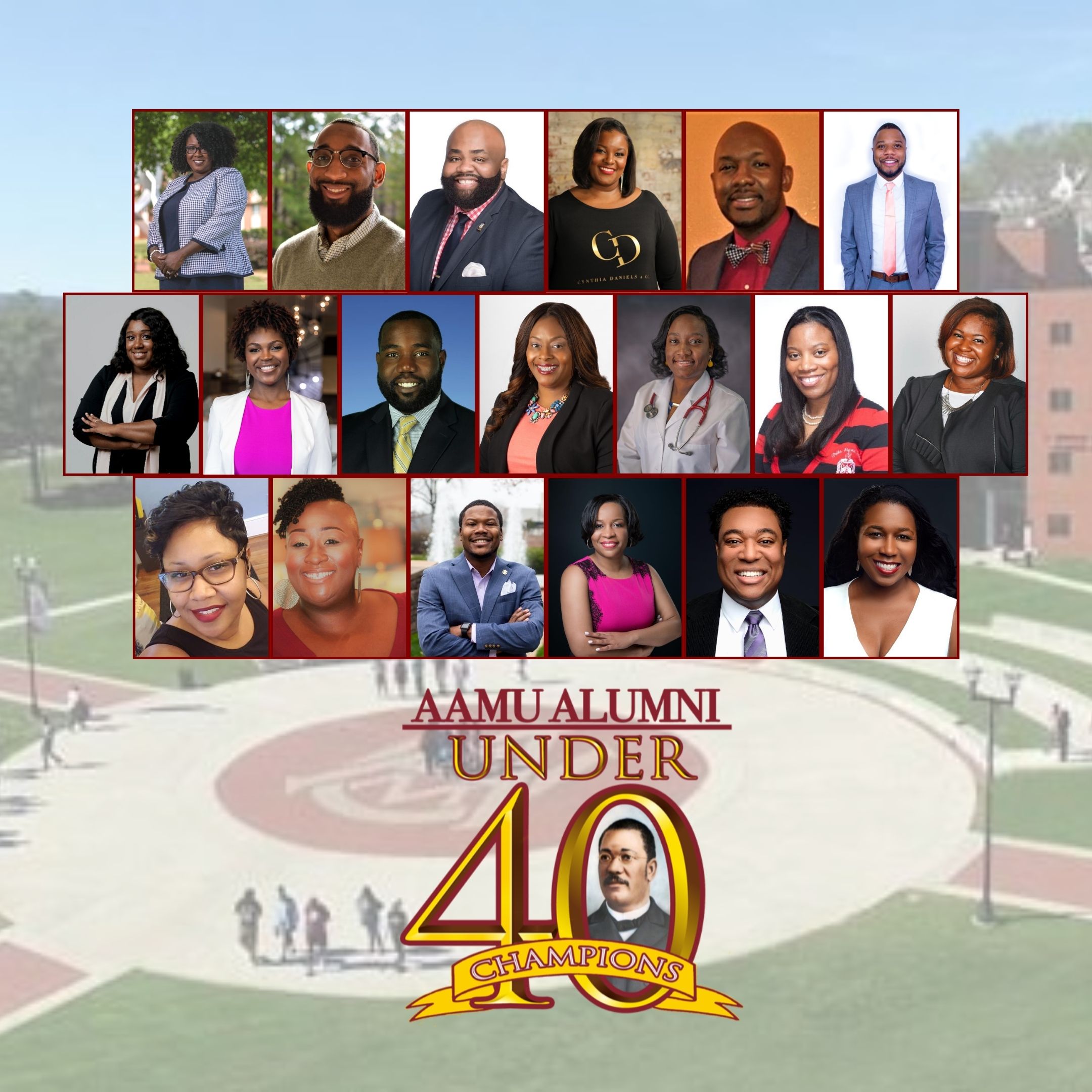 Prior to the conclusion of his term as General President of the Alabama A&M University Alumni Association, Inc., Albert Benifield, Jr., recognized the inaugural awardees of the “Under 40 Champions” honors.  The celebration of the honorees is shared by new president Mary Jones Moore.

The awards symbolize the Association’s ongoing efforts to “build a bridge” to a new generation that has managed “to hold the Old Bulldog Spirit near to heart.”  Awardees were selected for an array of professional and civic achievements, as well as for representing AAMU to the fullest extent.

“Through their continued service, AAMU continues to rise as a premier institution among colleges and universities,” noted Benifield.  “Their continued efforts echo our motto, ‘Service is Sovereignty.’”

Inaugural class members of “Under40 Champions” include: