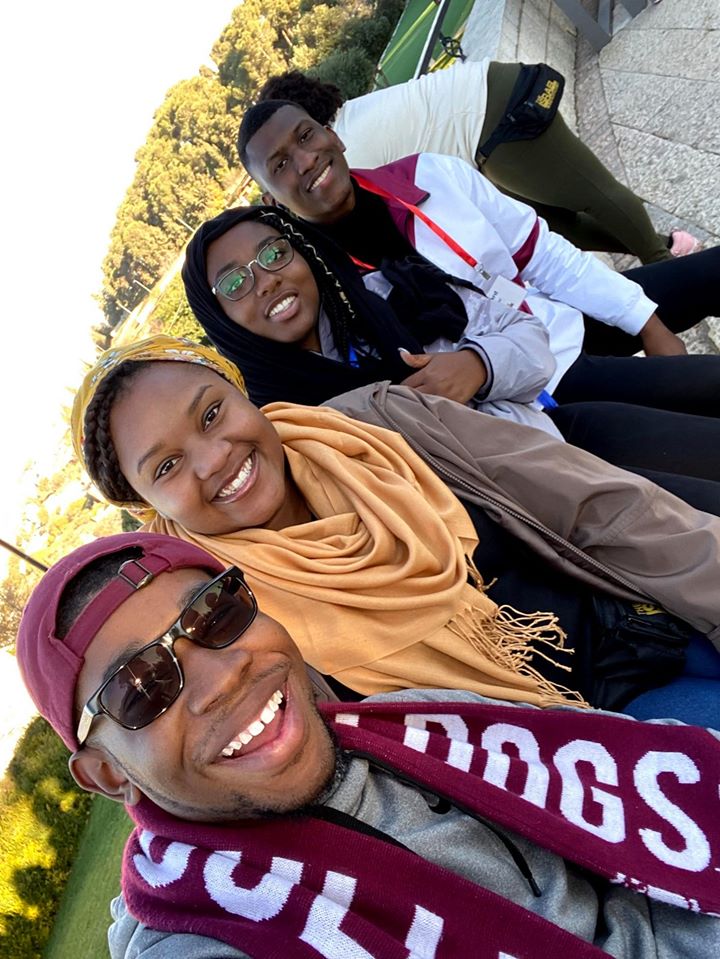 “This is the very first time in the history of Alabama A&M University that we’ve actually had an opportunity to travel to Israel,” said Dr. Kyla Pitcher, the advisor who accompanied four students to Israel over the holiday break. On December 17, along with 31 students and five advisors from other HBCUs, the five flew from Atlanta to New Jersey to Tel Aviv and returned December 28.

“Although this trip meant that we would miss being home for Christmas, I accepted the opportunity because I understand the importance of being well traveled and wanted to learn more about the Israeli-Palestinian Conflict,” noted Edward Turner, an MBA candidate from Birmingham, Ala.

“This educational and cultural trip showed me the importance of learning and understanding a culture without the lens of the media,” said Trinity Carlisle, a junior sociology major from Decatur, Ala.

“It just amazes me that in a country that is so full of turmoil and conflict, you just feel this overwhelming sense of peace,” stated Torrance Sellers, a senior logistics and supply chain major from Hampton, Ga.  “This was a life-changing experience for me, and I believe there is a lot that we can learn from that powerful, small country."

The group not only learned about Israeli culture, visited an African women refugee center, and spoke with a representative of the Palestinian Authority, but they also learned about police brutality through a legal organization representing those Ethiopian Jews who can’t afford legal counsel.

The AAMU team further visited the wall that separates the Gaza Strip and Israel; Technion University, an Ethiopian Youth Center and many other areas, according to Aleisha Nesbitt, a junior social work major from Columbus, Ga.

Dr. Pitcher added that the trip was made possible through the Maccabee Task Force, a pro-Israeli organization that for some time has been providing opportunities for predominantly white universities to gain a better understanding of the Israeli-Palestinian conflict. When asked by a participant about the lack of HBCU involvement, the Maccabee organization expanded its outreach.  The participant contacted AAMU trustee Nichelle Gainey, who collaborated with Dr. Gary Crosby, vice president for student affairs.  Dr. Crosby involved Diann Greer, director of student activities, who selected the students, and soon AAMU was among the first group of HBCUs to participate in the program.

“Although we did visit some holy sites, we dealt with a lot of the political side. Our first stop was a place called Kuchinate, a women’s shelter for African refugees from Sudan, Eritrea, and Ethopia,” recalled Pitcher. “They use their embroidery and crochet skills to make revenue so they can take care of themselves.”

Pitcher shared that the group saw first-hand the conditions of people of color in the country, and learned some of the similarities between blacks in America and Ethiopian Jews in Israel.

“They have the same issues that we have when it comes to police brutality—or ‘over-policing,’ as they call it—and underrepresentation, not having the same resources as others,” said Turner, the Birmingham native. Others chimed in to recount such injustices as segregated schools, housing discrimination and higher costs of living.

Injustices aside, the students were mesmerized by the landmarks.  They visited the Old City in Jerusalem; Bethlehem, the birthplace of Jesus; the Mount of Olives; Via Dolorosa, the path that Jesus walked to his crucifixion; Church of the Holy Sepulcher, where Jesus was crucified, buried and resurrected; the Dome of the Rock; and the Western Wall. They spent the night in Nazareth for Christmas. They also saw the Dead Sea, the Sea of Galilee, and some experienced baptism in the Jordan River.

“Things aren’t always as they seem,” said Turner, adding that Americans are “a bit disconnected from the rest of the world,” and are shown the predominantly peaceful nature of the region and how people on both sides refused to be defined by the conflict.