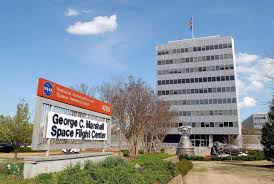 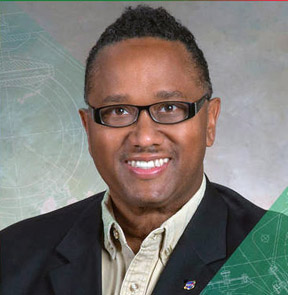 Outside of NASA, Griffin enjoys supporting community outreach for NASA as part of the Marshall Speakers Bureau and in the form of a program he started called "Simple Science."  The program creates interest in STEM education for youth by performing and relating science experiments with items found in every home.

“I enjoy performing poetry, being a mentor, motivational speaker, and in service to others,” said Griffin. “I’m also involved with several organizations that help misguided youth, including outreach efforts to build and donate bikes to kids.” 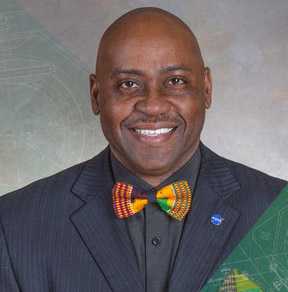 Theromiles Flowers (r) graduated from AAMU with a degree in mechanical engineering.  He has worked at NASA Marshall Space Flight Center for 28 years.  He is an aerospace engineer in the Structural Design, Development, and Analysis Branch for the Spacecraft and Vehicles Systems Department.  In his role, he serves as a designer and center export representative (CER), who reviews and signs off on all export documents from civil servants and contractors.

Flowers also serves as an associate minister at Union Chapel Missionary Church in Huntsville, Ala., and supports the monthly food distribution to the community and other church ministries.  Further, Flowers participates in AAMU’s annual Youth Motivation Task Force.