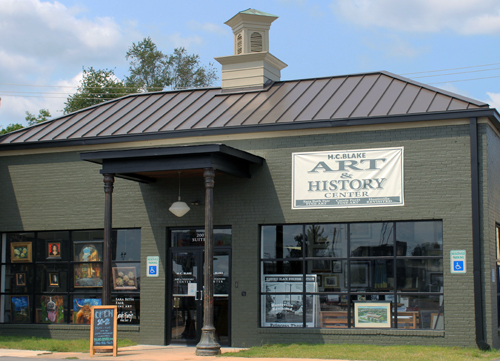 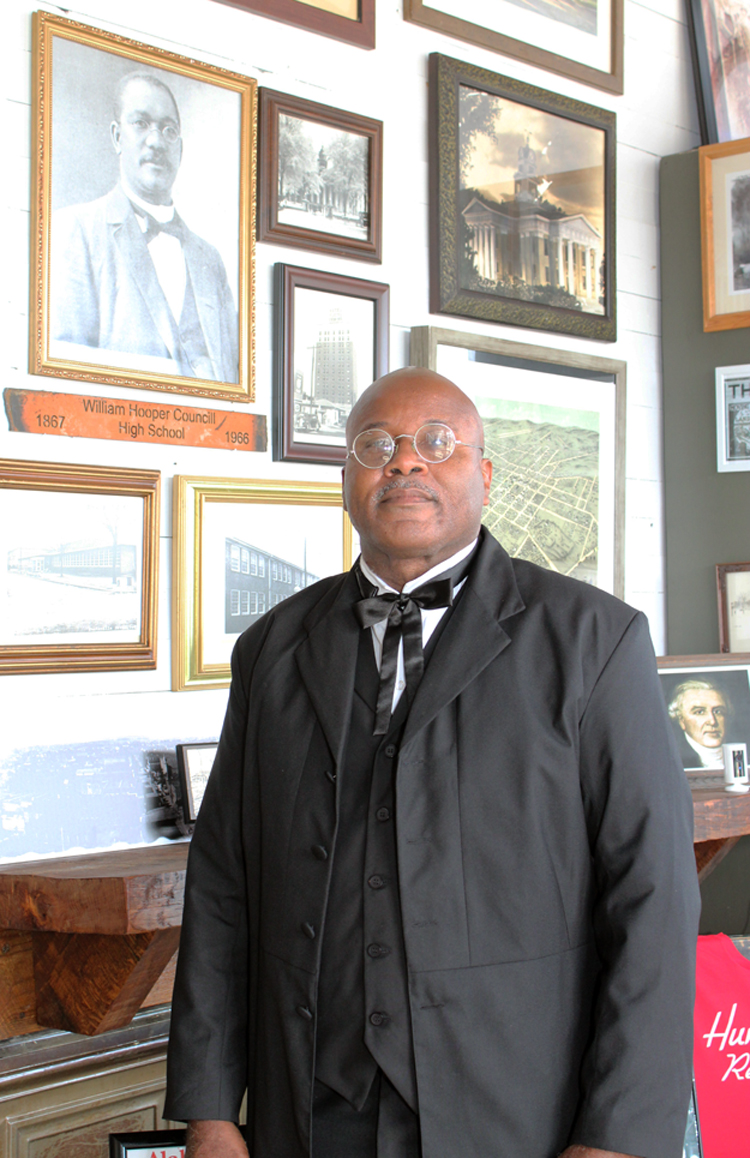 Perhaps few things energize Huntsvillian William Hampton more than an opportunity to delve into the rich treasure troves of African American history.  An archivist, photojournalist, and tour guide, Hampton is as much a connoisseur of the chronicles of black life as he is a Renaissance man.

When he isn’t darting about in the familiarity of his detail-oriented museum—conveniently located just doors away from a popular soul food restaurant—Hampton is super busy as a food service supervisor for Huntsville Hospital or consulting for EarthScope (Huntsville City Schools) or promoting Christian music artists in connection with his independent Gospel music label or simply serving as archivist of Huntsville Revisited.  Nonetheless, his unbridled love for past resilience and glory isn’t a recent phenomenon.

As an eight-year-old, a young Hampton would listen with bated breath to his great-grandfather, John Lewis Hampton, who would generously share stories about his life, about the Buffalo Soldiers, as well as about black life in a much younger, cruder Huntsville.

“I loved hearing the stories of the elders,” commented Hampton.  “I valued their experiences and found them to be among my world’s wisest people, although they didn’t have book learning from anybody’s school.  Their schools were the cotton fields, the tobacco fields, and the factories.”

But while he admired his great-granddaddy and the many elders of his younger years, Hampton was also fascinated by the many African Americans who had accomplished much in the face of seemingly overwhelming odds.  Among those he champions are larger-than-life figures such as the late Rev. Joseph Lowery, the civil rights icon; clergyman and politician William H. Gaston; botanist and inventor George Washington Carver; and many others.

Hampton is particularly striking on those days when he dons his 19th century attire in preparation to address an audience as educator and orator William Hooper Councill, founder of historic Alabama A&M University.

“I like to share Councill’s story, to reenact him and to make it feel as if you have just me him,” stated Hampton.  Hampton's audiences have included Boeing, colleges and universities, civic and community organizations, Huntsville City Schools, the Huntsville Public Library, Leadership Huntsville, Learning Quest and many others.

He is even more awesome in his favorite setting between the rows of framed photos, art and local historical items packed into the H.C. Blake Art & History Center.  In his true element, he tells one amazing fact after another about the history of black Huntsville, sometimes a not-so-progressive Huntsville.

A husband and father of three and grandfather of five, Hampton brings out vintage Councill with a sense of pride and command.  Most assuring is his exuding yet inner confidence that this priceless history has been uncovered and now will remain, front and center, henceforth and forever.

“Just like me,” Hampton began, “I am sure someone will continue to share all of this.  Of course, some young people will have absolutely no interest in their history.  But, when I am gone, there will be someone out there who I inspired.  Someone will pick up the baton and carry it.”