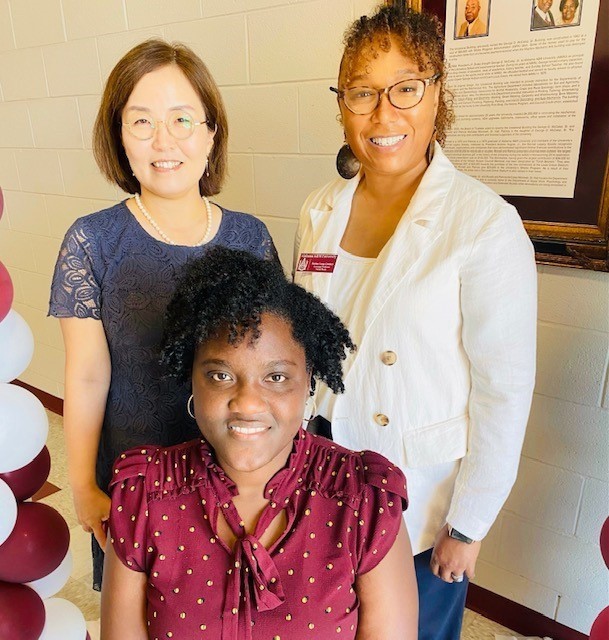 The Alabama A&M University (AAMU) College of Education, Humanities, and Behavioral Sciences (CEHBS) has announced that the Social Work Program has been approved as a registered sponsor to serve as a Social Work Apprenticeship Traineeship Program by the Alabama Office of Apprenticeship (AOA) and the Department of Commerce.

This collaboration with AOA offers a new avenue for supporting the social work profession as well as more possibilities for any educational institutions to participant in innovative opportunities in training students.

Last year, the Social Work Program received over $1.1 million from the Department of Health Resources and Services (HRSA) to train graduate students seeking a master’s degree while working with families affected by opioid use disorders (OUD) and other substance use disorders (SUD) in medically underserved areas throughout Alabama's northern region.

The AAMU Opioid-Impacted Family Support Traineeship Grant (OIFST) acquired by Dr. Katina Lang-Lindsey (PI) and Dr. Sam Choi (Co-PI) is part of AAMU’s attempts to support Alabama in addressing the opioid epidemic.  According to the Centers for Disease Control and Prevention (CDC), Alabama has one of the highest rates of opioid prescriptions per person in the U.S., with Alabama doctors issuing an alarming 5.8 million opioid prescriptions in 2015.

Despite the increasing number of families impacted by the opioid epidemic in Alabama, there is a significant shortage of social workers to care for families dealing with addictions, mental health, and other health problems.  Through the recently approved apprenticeship program, the second-year MSW students will be trained in behavioral health agencies as apprentices to close a gap between the opioid crisis and the lack of highly skilled social workers in State.

The U.S. Labor Department recognizes that the apprenticeship model has proven to be an effective strategy to produce skilled employees that companies and communities need. However, the focus of the apprenticeship program has traditionally been in areas of construction and the trades. The inclusion of social work as a part of the apprenticeship program will be the first of its kind in the State of Alabama and will provide better and improved training opportunities for students who are interested in working with families impacted by behavioral health issues such as opioids, other substance use, and mental health.

As an Apprenticeship Sponsored Program, the AAMU Social Work Program will collaborate with agencies in over 19 counties in north Alabama. The overall goal is to close service-delivery gaps in hard-to-reach communities throughout Alabama.