Normalites Address the Future of Policing 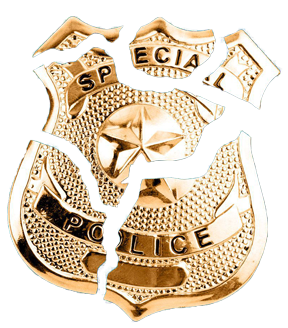 Candid Conversation on a Much-Discussed Topic

[EDITOR’S NOTE:  April 2021 - Not long after the horrific death of George Perry Floyd after Minneapolis policeman Derek Chauvin knelt on the former’s neck for 9 minutes and 29 seconds—sparking worldwide protests against the stronghold of police brutality, particularly against African Americans—materials were being compiled for a new edition of the Alabama A&M University magazine, The Normal Index.   Two law enforcement professionals affiliated with AAMU were interviewed for their thoughts on sentiments and the state of affairs of policing.  With the trial of Chauvin coming to a slow conclusion, along with an undetermined date for the magazine, the article below has been selected because of its certain interest to Normalites nationally.  – J. Saintjones]

“ … I will break the yoke off their necks and will tear off their bonds; no longer will foreigners enslave them.” - Jeremiah 30:8

Some historians have squarely placed the origins of American policing to the early 1600s, when some New England communities put criminals on nightly watchman duties as punishment.  In the 1650s, the rich often hired their own watchers, also often criminals, to help guard their sometimes ill-gotten wealth.

For the South, the wealth was mostly tied to the possession of slaves and the free labor they provided.  Thus, as early as the onset of the 18th Century, the Carolinas had set up terrorizing “slave patrols” to keep that free labor flowing with the aid of guns, ropes and whips.  Woe to the slave who dared to steal freedom.  The patrollers made a bloody example of escaped slaves to keep down slave riots.  Following the Civil War, these Southern “policing” units merged into the mission of the Ku Klux Klan.

While police forces were still about the business of keeping blacks in their place in the American South, the police forces in the North had a slightly different aim.

The so-called “original” settlers of the nation--the English and Dutch--were not too enthused about the large numbers of German, Irish and Italian immigrants that were pouring into their alabaster spaces.  Thus, the northern law enforcement presence was charged with keeping these new people in line.

Over the decades and centuries that have fallen, different approaches to policing have been developed, have met with some success and have reverted to rather unpopular stances.

Local African-American men affiliated with law enforcement share their personal involvements with police, explain why they chose to even tie themselves to an organization with such a jaded and racially intolerant past, and then provide their perspectives on the future of American policing.

Chief Nadis Carlisle of the Alabama A&M University Department of Public Safety, a 38-year law enforcement veteran, including eight years active duty Air Force Security Police, said that although he, like many other young black men, experienced an encounter with police during his teen years.  While anxious about the situation, he would not categorize his emotions as bordering on fear.

“TV shows were wholesome back then, and they normally showed police officers providing great services to the community,” commented Chief Carlisle, former chief of the Decatur (Ala.) Police Department.  The TV cops were friendly and assisted people.  They pulled motorists from burning cars or saved them in a variety of unique ways.

Carlisle added that the constantly broadcasted image of law enforcement officers of his youth “gave special attention” to the elderly and children, and they investigated, tracked and arrested criminals.

Aside from traffic and speeding tickets, Captain Jeffrey B. Rice’s youth was relatively void of interactions with law enforcement.

From a toddler in the University's Child Development Center, the 1975 AAMU graduate practically grew up on a campus, where his father, the late Charles N. Rice, Sr., would later serve as dean of students from 1973-91. 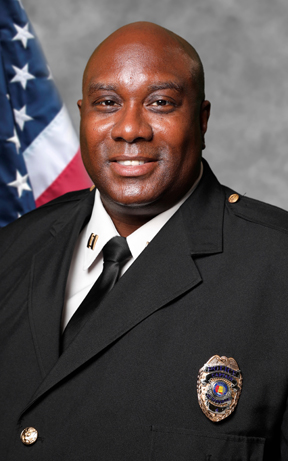 “Upon completing my A&M degree, I took a job with the Department of Public Safety at A&M,” said Rice.  At the time, A&M had a perk that assisted staffers with master’s level studies but did not have the particular degree program in justice and public safety that he wanted.

“I decided to attend Auburn University at Montgomery (AUM) for the master’s,” Rice said.  “I really enjoyed working at A&M as a law enforcement officer.”

Rice later joined the police force in Hartselle, Ala., in 1997, but made a lateral transfer to the Huntsville Police Department a year later.  While at HPD, Rice was assigned with a white law enforcement officer.

“I was fortunate enough to have a good mentor in Sgt. Billy Ware,” recalled Captain Rice, who has clocked 22 years with HPD and now serves as precinct commander.  “As years went by, and following my degree program at AUM, I later became the field training officer to Sgt. Ware’s son.”

However, the mostly upbeat Rice admits that there are certain routine aspects of the job that really get him down.  These entail the death of a child, child abuse and the heightened negative attention drawn to the law enforcement community in most recent years.

“As an African-American male, I am disturbed and saddened by the behavior of some law enforcement officers,” said Rice.  “As a whole, we can and have got to do better.”

Chief Carlisle finds the present-day hatred and distrust of police to be problematic, as well.  The Memorial Day death of George Floyd in Minneapolis added fuel to an already-raging fire.

“I was very upset watching police officers kill a man on national TV who was obviously handcuffed and not resisting arrest,” said Chief Carlisle.  “This blew my mind, because I would never have believed it if I hadn’t seen it with my own eyes!  I’ve been devastated by all this overuse of police authority and violence.”

“I was hurt,” responded Captain Rice, from his office at the HPD north precinct.  “I thought about my son. My brother.  Even myself!  I was hurt that someone would have such disregard for human life.”

Well over 100 years ago, in the early 1900s, August Vollmer earned the distinction of being called “the father of modern policing.”

Why?  Well, although the New Orleans native and first police chief of Berkeley, Calif., was credited with militarizing police departments based on his military service, his efforts were aimed at providing greater efficiency and service.  Thus, he was the first to form a motorized police force with motorcycles to serve a broader area, to equip vehicles with radios, to use lie detectors, to develop programs to assist disadvantaged children, to offer leniency toward petty offenders, and to encourage the hiring of black male and female police officers.

Moreover, Vollmer was the first chief to require that police officers earn college degrees, an action forcing the University of California Berkeley to establish a criminal justice program.

But, it must be noted, even a Vollmer was no match for a corrupt and wayward Los Angeles Police Department, where he served as chief for just a year, 1923-24.  So, is American policing due a Vollmer revival?

Although true transparency is needed in policing, along with Vollmer-type inclusiveness of black and brown communities, Captain Rice believes that policing will make a change for the better, earnestly reviewing its directives on such matters as choke holds, etc.

“We have to establish community and neighborhood policing,” Rice said.  “That’s very important.  There must be true relationships.  Many black and brown communities have been over-policed.”

A&M’s Chief Carlisle agrees that “reforms are on the way,” but stressed that grassroots efforts aimed at defunding the police are not the answer.  “Recruiting and hiring standards should be raised.”

“I know the sacrifices that I have made for my family ... the weekends, nights ... seeing a lot of devastation ...” began Captain Rice, then: “Honestly, no.”

“Prior to recent phone videos of police misconduct, I would have said ‘yes’ with all my heart,” responded Chief Carlisle.  “Not ‘no,’ but ‘hell no!’”.