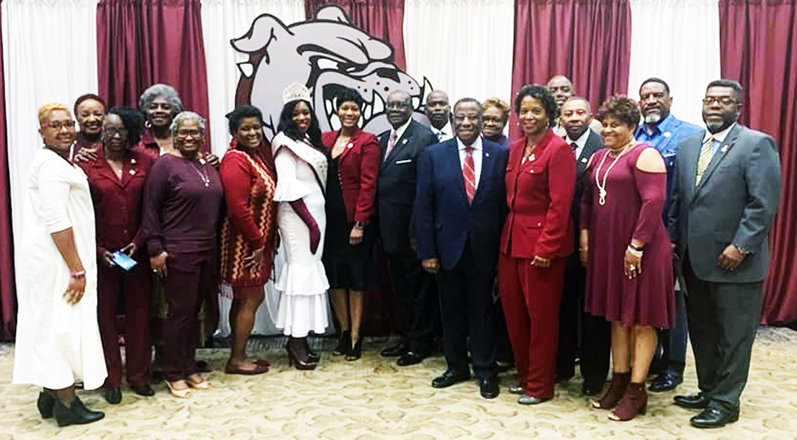 The Exemplary Ways to Reach Out

Alabama A&M University is fortunate to have several alumni chapters that are impacting the institution in several positive ways.  One flagship chapter, however, has made an extra effort to make a difference in its surrounding community and beyond.

The case in point is the phenomenal Greater Birmingham Area Alumni Chapter (AAMU-GBAAC) which, throughout the 2019 calendar year, planned and implemented a series of well-executed community outreach programs.

When the most intense tropical cyclone to ever strike the Bahamas in the form of Hurricane Dorian finally dissipated, the members of the AAMU Birmingham Area Alumni Chapter came together with a project aimed at donating needed cleaning supplies to the Caribbean island nation.

The chapter also raised money and participated in the Susan B. Komen Race for the Cure, a successful global fundraiser for breast cancer research.  The Chapter cause supported Stacey Sims Turner’s teams and the two other survivors within the chapter—Alease S. Sims and Jackie Scott.

During the week of the Magic City Classic, the AAMU-GBAAC members volunteered two days to serve meals for the homeless at the Firehouse Ministries.  The Firehouse Ministries serves the chronically homeless male population, men who traditionally have the most barriers and are the most expensive to serve, for both the nonprofit and the community at large.

The Birmingham Chapter presented certificates of appreciation from AAMU Director of Resource Services Annie Payton to Dr. William M. Norwood and Dr. Tolton Rosser for their contribution to the oral history of the university.  Dr. Norwood was a student driver for AAMU President Joseph F. Drake during the mid-1940s.  Dr. Rosser was instrumental in re-introducing Jazz music at AAMU in the late 1940s and early-1950s.  Dr. Norwood has been the pastor of Macedonia Missionary Baptist Church for 66 years, while Dr. Rosser is the director of the Birmingham Heritage Jazz Band.

AAMU-GBAAC members plan to continue to build on the legacy of William H. Councill by expanding their outreach participation in the future.