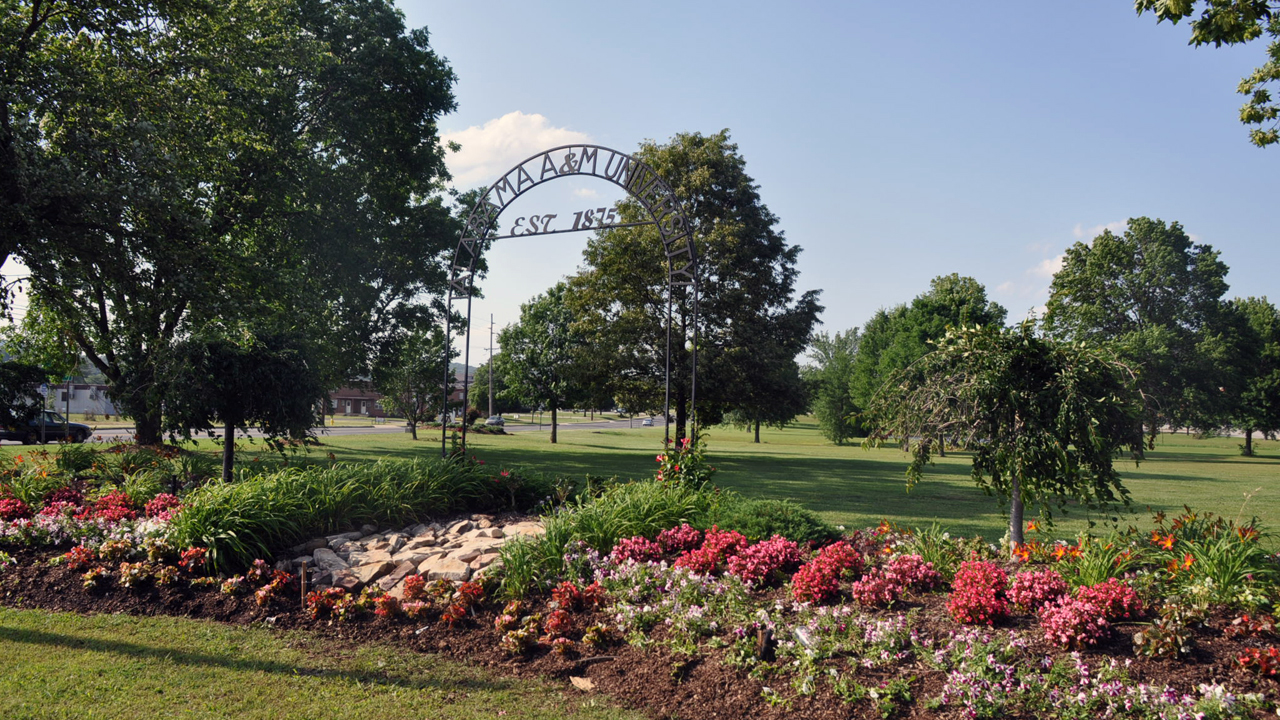 Preparing in Earnest for Spring 2021

Huntsville, Ala. ---- What had seemed like an unknown and mysterious virus confined to Wuhan, China, just two short months earlier had become an international concern by March 11, 2020, the date that the World Health Organization (WHO) declared COVID-19 a global pandemic. Two days later, the United States declared the coronavirus a national emergency and issued a travel ban.

Alabama A&M University (AAMU), too, began urging its students to fully vacate all residence halls and campus apartments, also by March 13. Officials further announced that electronic and virtual remote classes would be delivered from March 16 through the end of spring semester.

But even before a pandemic was declared, college administrators were afforded a plethora of guidance from the public and private sector. For instance, as early as March 3, the American College Health Association had issued “ACHA Guidelines: Preparing for COVID-19” which not only described COVID-19 and its symptoms but laid out CDC interim guidelines for student health units. These guidelines called for planning and response committees, implementing infection control procedures and acquiring personal protection equipment (PPE) for clinical staff, as well as preparing student health professionals for triage and isolation of potentially infected patients, and developing a “surge care” plan.

An array of institutional support for both spring closeouts and subsequent fall re-openings was offered by state governments and intermediary associations. As the summer 2020 session was underway, AAMU began planning in earnest for fall semester re-entry, attributing leading roles to its Board of Trustees and administration. 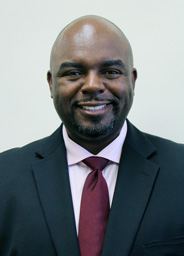 Dr. Gary Crosby, vice president for student affairs, right, ably coordinated numerous re-entry efforts, putting to use his background as an urban and regional planner, along with his post-natural disaster community development and housing work following Hurricanes Katrina and Rita. Throughout the summer, his unit disseminated a series of communication pieces to students and their parents entailing a comprehensive reopening plan; announcement updates of COVID cases; the fall re-engagement plan and updates relative to mask mandates and hybrid online instructional mode; re-entry testing notices; a GuideSafe notice for parents; and an array of COVID-19 Response Task Force notices. These notices were distributed in addition to major statements and policies announced by AAMU President Andrew Hugine, Jr., and other key departments.

“Amid such uncertainty, it is imperative to provide students, parents and the University family as much information and strategy as we can give them,” commented President Hugine.  “There were so many unknowns that we had to broaden our knowledge base and reach out to a new set of experts.” 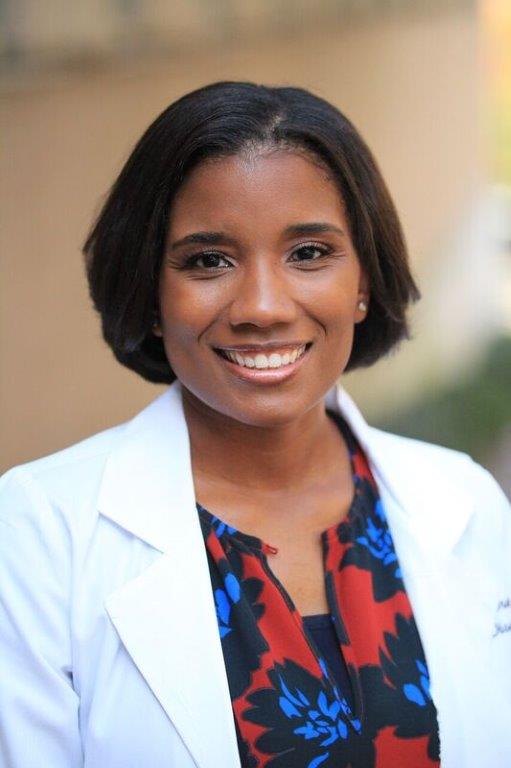 A godsend for the University’s fall 2020 re-entry initiative was the Board’s recommendation of Dr. Latesha Elopre, left, assistant professor, Division of Infectious Diseases, and director of diversity and inclusion, Graduate Medical Education, University of Alabama at Birmingham (UAB). With what Crosby called “unquestionable passion,” Elopre vetted AAMU’s plan and provided essential information on testing and sustainability. Most important, the University of Florida graduate served as an informative, viable sounding board.

“I became interested in infectious diseases because I was passionate about the ability to diagnose and treat most infections, allowing for lives to be saved,” stated Dr. Elopre. “During the current pandemic, watching the actions of so many scientists trying to rapidly identify, provide diagnostic testing, treatment, as well as vaccines, has been amazing.

Crosby observed that many of the measures some higher education institutions brought in as the fall semester progressed were, thanks to Elopre and members of the University’s COVID-19 Response Task Force (Dr. Michael Johnson, Mrs. Carlquista Slay, Ms. Rebecca Dickerson, Dr. Tonya Perry, Ms. Karla Miller, Chief Nadis Carlise, and Ms. Sanoyia Williams), already in place at a more proactive AAMU. For instance, students could not move in on campus without securing the possession of a negative PCR COVID test. He stated that less than two percent of the campus community (students, faculty and staff) tested positive for COVID-19.

“In the U.S., planning for a pandemic that primarily impacts African American and Hispanic communities requires engagement of those communities to develop effective strategies to improve outcomes,” explained Dr. Elopre. “At the beginning of the pandemic, these disparities were not widely recognized, and there were delays in creating testing strategies for communities impacted the most. Now, many are working on multi-level approaches to improve inequities, through implementing strategies like community testing, tailored awareness campaigns and addressing bias in our healthcare centers.”

Chief among the COVID-related tasks required at AAMU, noted Crosby, was the setup of mandatory re-entry testing for students in addition to faculty and staff. This piece of the puzzle was provided through a national agreement with LabCorp, along with a partnership with UAB and its GuideSafe initiative and mobile app. To address the need to contain the virus in myriad ways, campus occupancy was reduced by more than 30 percent; the move-in process was extended over a two-week period; dining service opened with only a to-go option; and a housing curfew restricted non-campus and cross-residence hall visits.

“We believe these measures greatly assisted us with controlling the spread of the virus on the campus,” said Crosby. “Because we worked aggressively to control things and set up parameters at the onset when it comes to testing, isolating and contract tracing, there were occasions that we would go two weeks without a positive case. Thus, if there were no new cases, there was nothing to report.”

Crosby added that, thanks to the outreach efforts of Student Health and Counseling, AAMU was able to attract and train over 20 volunteers to serve as contract tracers.

“Above all the safety measures,” reported Dr. Crosby, “the most important thing that needed to happen was for students and the entire campus community to embrace and own the plan—working collaboratively, holding one another accountable, and truly expressing concern for one another. This allowed for a full fall semester.”

“This is their home away from home, and social interaction for them is key,” said Crosby. Moving to online platforms were such traditional activities as the Torch Lighting Ceremony, Veterans Day, career fairs, along with the Civic Engagement Initiative, workshops, seminars, and many programs spearheaded by Greek-letter and other student organizations. The socially distanced “October Surprise” events at the stadium came about as staffers, led by Dr. Brittany Holloman, brainstormed ways to reward students for their commitment to safety during the pandemic.

As the semester continued, an October 9 student survey revealed that 80 percent of students expressed approval with the University’s handling of the re-entry process.

Despite AAMU’s success in maintaining a low number of pandemic cases, and social engagement opportunities, Crosby believes students would still benefit significantly from a more robust program directly targeting students’ coping skills. Toward this end, pre-COVID, A&M formed and remains lead institution for a statewide Mental Health, Substance Abuse and Suicide Prevention Consortium. Chief among the group’s objectives is offering opportunities for students to communicate their traumatic experiences, along with coping strategies, as well as to “move the needle” on collectively addressing mental health issues, suicide prevention and assisting those in recovery.

In mid-November, Crosby participated as a panelist in a webinar on “Running Campuses in a Pandemic: Hard Lessons from Fall, Prospects for Spring.” Hosted by the Chronicle of Higher Education, the panel discussion was moderated by Nell Gluckman, senior reporter, Chronicle of Higher Education, and attracted about 1,000 attendees. Other panelists included Dr. Selwyn Vickers, M.D., dean, University of Alabama at Birmingham School of Medicine; Dr. Havidan Rodriguez, president, SUNY-Albany; and Stacey Gabriel, Broad Institute.

“It was an honor to represent A&M in a national conversation around the pandemic and to share what we are doing to protect students, faculty, staff, and the community,” Crosby said. “Without support of the president and board, who provided resources and meaningful connections, the re-entry process would have been an even more rigorous one.”

In preparation for the Holiday Break, or Phase 2, Crosby said the personnel in the Student Health and Counseling unit have conducted mass testing of more than 2,000 residential students, utilizing the COVID rapid test and the PCR test. Only two positive cases have been reported.

“While the testing offers just a snapshot” noted Crosby, “it still speaks to our commitment to not sending students home with COVID.”

“As many are aware, we are moving into another phase of this pandemic, where cases are rising quickly,” noted Dr. Elopre. “Current plans created may have to be rapidly adjusted depending on where our state is in regard to COVID positivity rates. Plans created in the fall will have to be flexible and responsive to current trends, so I would prefer to hold off on providing extensive information about mitigation strategies since they may change.”