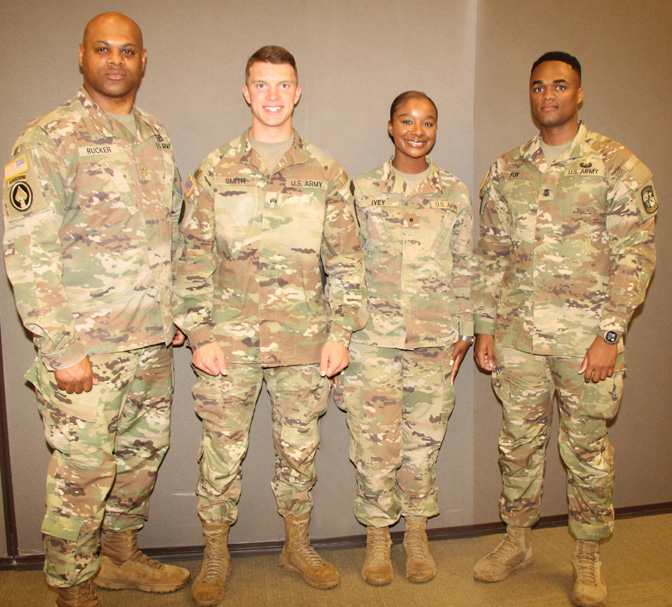 The Association of the United States Army (AUSA) hosted the breakfast to celebrate 114 years of the Army Reserve.  AAMU ROTC program cadets were invited to celebrate, along with some 100 other attendees at the Jackson Center.

AUSA is a private, non-profit organization that serves as the professional association of the United States Army. Founded in 1950, it has 121 chapters worldwide. Membership is open to everyone, not just Army personnel, nor is membership mandatory for soldiers.