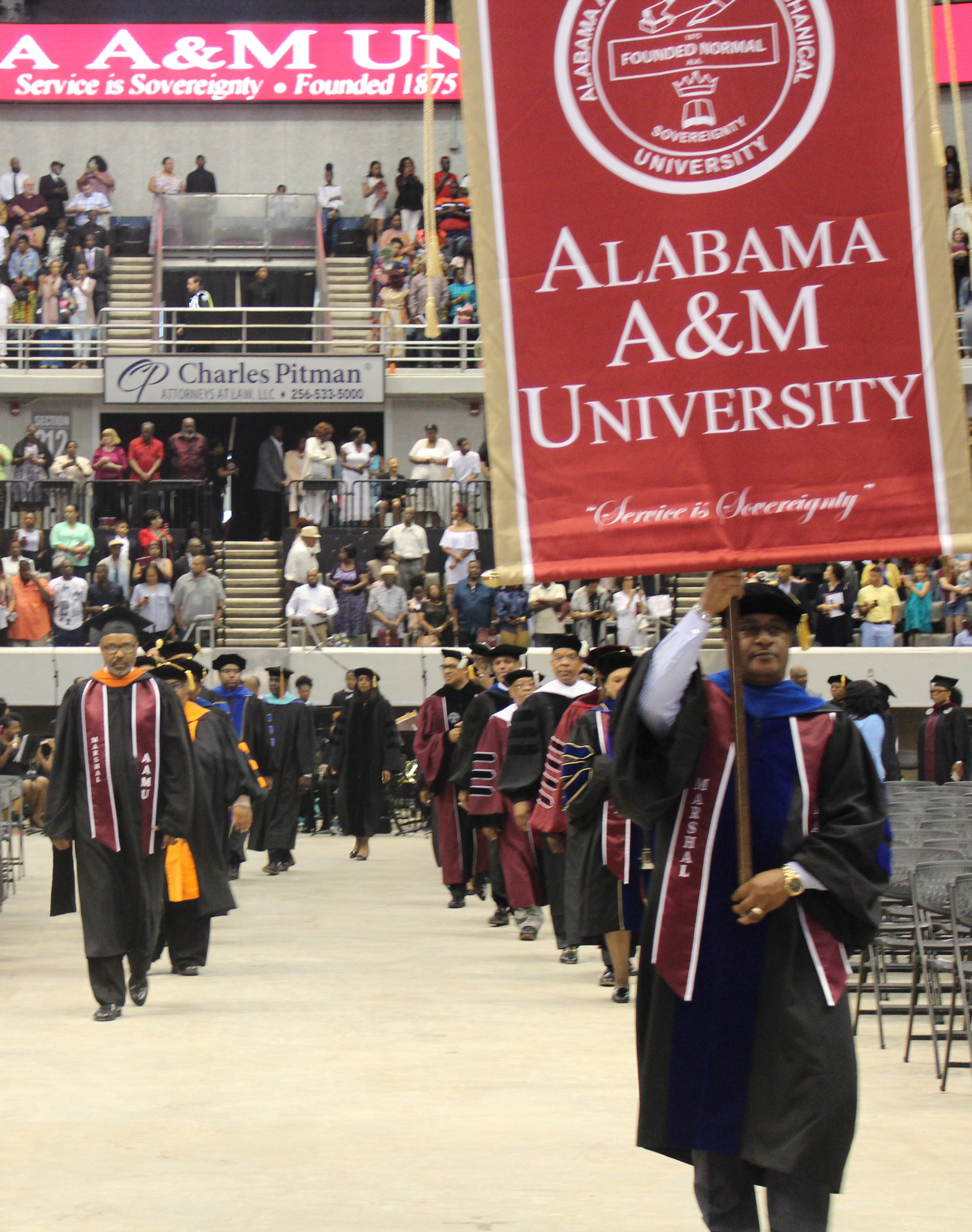 The event also honored members of the Golden Class of 1969, and enabled a timely address by alumnus and attorney John O. Hudson, III, executive vice president and chief external and public affairs officer at Southern Company Gas, where he also serves as president of the Southern Company Gas Foundation.  Hudson informed graduates of the strides AAMU has made in terms of enrollment growth, degree programs, private funding, capital campaign efforts, and its nearly $50 million endowment.

Further, he praised parents for their investment in their children's education and future.  Moreover, the Birmingham native told graduates that they should view their degrees as "opportunities, commitments and obligations" to go forward and continue the life-long process of learning. Hudson went on to share three simple concepts he claims have worked for him in his career and throughout his life.

The first concept he shared was timing and the importance of being "on time."  Punctuality is a sign of respect, he said, that often translates into better assignments and a likelihood that one also climbs the corporate ladder.

Secondly, the Normalite urged the candidates to "always be grateful" and to show appreciation for those who have helped them along their paths. He encouraged them to make their "thank you's" personally and not digitally.

Lastly, Hudson shared his concept of "labels," stressing that people should never let others put labels on them, simply because such labels also often come with negative characteristics.

The executive noted that the graduates were born into a difficult world and would now re-enter it as agents of change.

"As you go from this place, never forget the lessons you have learned here," said AAMU President Andrew Hugine, Jr., in his closing message to the graduates.  "Remember: you did not do it alone. It took the combined efforts of our faculty, staff, alumni and your family."