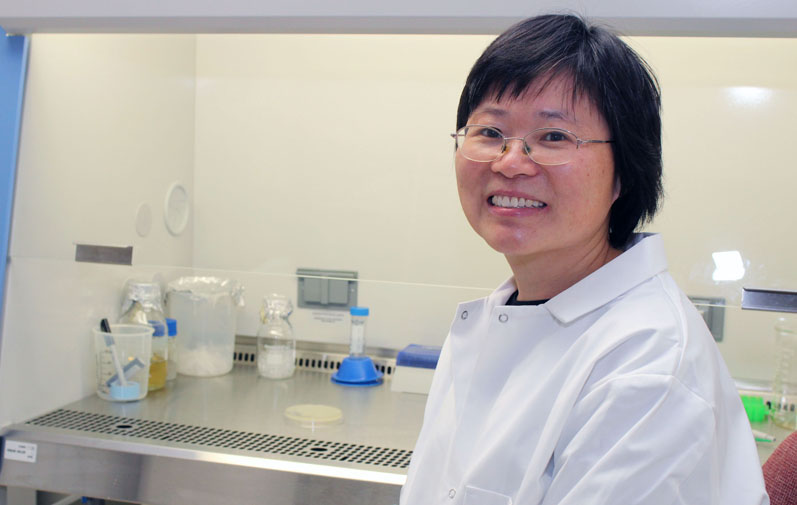 A common bacteria found in the lower digestive tracts of most warm-blooded animals is being widely researched by universities and the U.S. Army for its potential applications to national defense and potential treatment of diseases.

When most people hear about E. coli bacteria, they immediately conjure up those many instances when the bacteria has been the undisputed source of a wide range of intestinal ailments—from abdominal cramps to bloody diarrhea to vomiting.

The truth is, however, that the vast majority of the varieties of E. coli bacteria are harmless and have uses many people cannot fathom without a little cognitive boost.  For instance, researchers at Alabama A&M University are now partnering with the Army Research Lab (ARL) and the Army Research Office (ARO) to come up with a method to biologically customize the common E. coli bacteria to do uncommon good.  PHOTOS

ARO has funded AAMU research in the amount of $564,909 over three years for a project which, in its early impetus supported three full-time summer internships, a graduate student in fall 2019, and will support a postdoc starting in October 2019.

AAMU scientists and student researchers in the Department of Biological and Environmental Sciences, within the the College of Agricultural, Life and Natural Sciences, are modifying the common lab bacteria E. coli so that it can be used as a miniature factory for the production of select metallic and other semiconducting nanoparticles.  They are doing so by introducing foreign genes into the bacteria that spur their likelihood to produce the desired nanoparticles.  In other words, when silver ions were introduced, the engineered bacteria tended to synthesize useful silver nanoparticles.

Thus, these and other nanoparticles resulting from the scientists’ biological approach—as opposed to available physical and chemical methods—could lead to a number of applications in nanotechnology and Army research, including biosensors and electronic devices, as well as doubling as drug-delivery vehicles.

“Biological synthesis has several advantages over chemical synthesis.  It is a cost-effective, non-toxic, and environmentally friendly. It does not use toxic chemicals to produce nanoparticles,” said Dr. Joe Qiu, program manager, Solid State and Electromagnetics, Army Research Office. “The unique biosynthesis method using bacteria as a factory can produce shape and size controlled nanoparticles, and can be used for fast and large scale production. These nanoparticles can be easily and conveniently used by the Army researchers for research in bioelectronics and biotechnology. It’s pretty exciting to turn E. coli into something so valuable.”