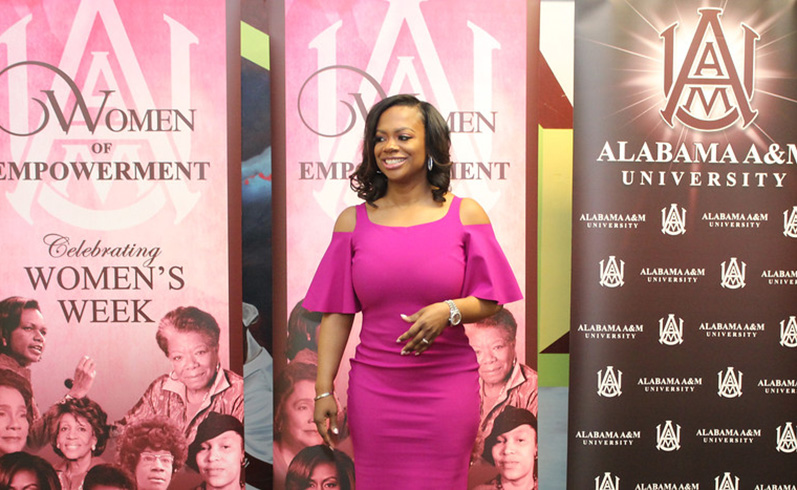 The star of Bravo TV’s “The Real Housewives of Atlanta,” spoke to students about women’s empowerment during a “Tea on The Hill,” in the Ernest L. Knight Reception Center.

Burruss-Tucker first gained notice in 1992 as a member of the group Xscape. She won a Grammy Award for Best R&B Song for her writing contributions on the TLC hit song "No Scrubs.”

Burruss-Tucker was interviewed by AAMU's Janae Cox and informed students about the importance of developing and maintaining a personal brand.  She further noted that many people defeat their ideas as soon as those new ideas are born.  Some people, she added, fail to realize that it is okay and even common to start on a small scale.  Innovative collaboration is key, she said.

View photos from the event