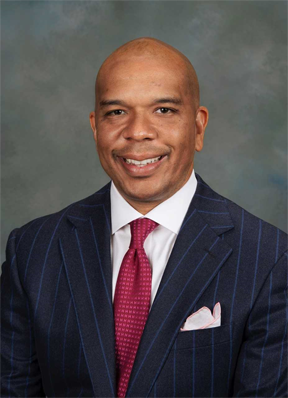 Alabama A&M University alumnus John O. Hudson, III, will be the speaker for the spring commencement program Friday, May 3, at the Von Braun Center Arena, at 6 p.m.

In this role, he has responsibility for the company’s external affairs, corporate communications, marketing, community relations, economic development and environmental affairs functions. In addition, he serves as president of company’s foundation, which focuses on philanthropic and volunteer initiatives. Hudson also is a member of the Southern Company Gas Management Council. Southern Company Gas is a subsidiary of Southern Company.

Previously, he served as the chief executive of the Alabama Power Foundation and as vice president of public relations and charitable giving. Hudson joined Alabama Power in 1996 and held positions of increasing responsibility, most notably serving as assistant to the company’s president and CEO and as area manager for the Birmingham division.