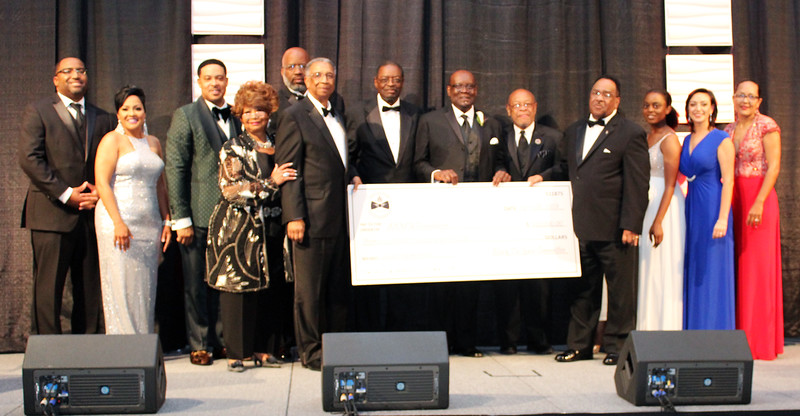 A great deal of the more than $500,000 raised during Alabama A&M University's sold out 19th Annual Black Tie Scholarship Gala has been allotted to endow scholarships for perpetuity, says a key fundraising official.  The remaining portion will fund current use scholarships.

According to Dr. Archie Tucker II, vice president for marketing, communication and advancement, $300,000 of the $538,000 raised will be added to endowment coffers to provide future scholarships, while the remainder will be put to use to address present needs by students for financial assistance.

"This was a record-setting fundraising gala for us," commented Dr. Tucker.  "The more than $538,000 raised this year more than doubled our totals from the previous year."  Some of the increase could be attributable to the R&B artist K-Ci, formerly of the group Jodeci, who helped to pull in an added demographic.

Tucker said that the upcoming 2020 year will bring about the celebration of the Gala's 20th anniversary in the visionary year of 2020.

"We will be thinking out of the box to ensure that we take the event to the next level while still raising a substantial amount for the scholarship fund.